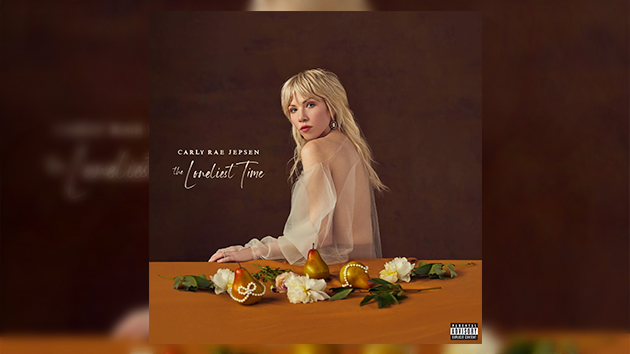 The wait for a new Carly Rae Jepsen album is over! The “Call Me Maybe” hitmaker announced her sixth studio album on Tuesday, called The Loneliest Time.

Carly, who is known for upbeat and inspiring music, explained to fans why she’s taking a more melancholy step with her new body of work. “I’m quite fascinated by loneliness. It can be really beautiful when you turn it over and look at it,” she said on Instagram while sharing the album’s official artwork. “Just like love, it can cause some extreme human reactions.”

The album’s official cover depicts Carly, who is wearing a see-through top, sitting with her back turned toward the camera. Her left arm is resting at a table that is decorated with pearl-bedazzled pears and what appear to be peach-colored peonies.

The Grammy winner also revealed the album has an explicit content warning.

Ahead of the album’s announcement, Carly hinted something big was coming on Instagram, where she teased on Monday, “I’m coming back for you, baby…” The video trailer depicts the singer speaking openly about the moon and what it represents — but fans also believe this was her way of leaving Easter eggs about some upcoming songs that will be heard on The Loneliest Time.

The forthcoming record arrives October 21 and is now available to preorder. It is the follow-up to her 2020 studio album, Dedicated Side B, which was the companion piece to 2019’s Dedicated.