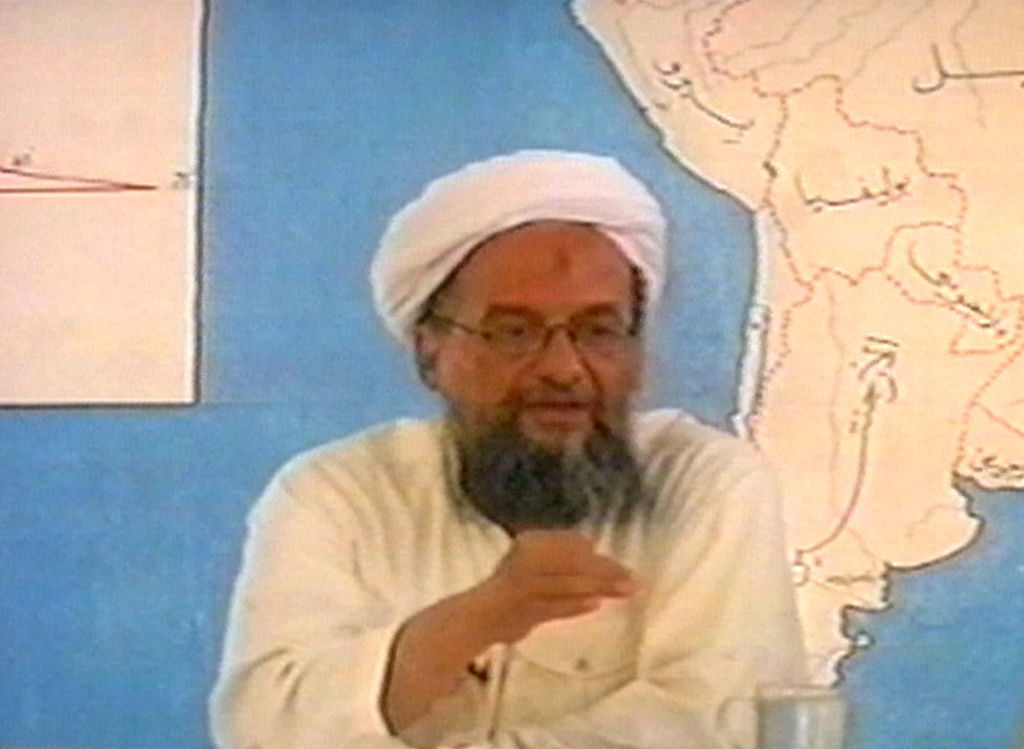 (NEW YORK) — Osama bin Laden’s successor, who helped coordinate the 9/11 terror attacks, was killed by a CIA drone strike in Afghanistan over the weekend.

Biden reported that there were no known civilian casualties.

“Justice has been delivered, and this terrorist leader is no more. People around the world no longer need to fear the vicious and determined killer,” Biden said, speaking from the White House on Monday night.

Al-Zawahiri had traveled back to Taliban-controlled Kabul to reunite with his family after U.S. troop withdrawal last August, according to U.S. intelligence, which began to track al-Zawahiri prior to the attack.

START HERE: Can you tell us more about who this guy was and how he was killed?

RADDATZ: Well, it is so remarkable, Brad, that it’s been almost 21 years since they’ve been trying to find [al-Zawahiri]. But you just have to remember what a horrible human being he was.

[al-Zawahiri] helped in the assault on American soldiers in Somalia in 1993, bombing of the U.S. embassies in Kenya and Tanzania in ’98 and the suicide bombing on the USS Cole in Yemen. And, of course, the attack on the World Trade Center, the Pentagon Flight 93. His planning killed almost 3,000 people.

The U.S. had been tracking al-Zawahiri for, again, almost 21 years and yet never nailed down his exact location. They believe he was on the border between Afghanistan and Pakistan. That is a really rugged border, it’s really hard to find people in that. He had certainly escaped before from U.S. intelligence, but this time he showed up in Kabul, right in the center of the city in one of the wealthiest neighborhoods in Kabul. Places where the warlords live. Places where anybody with money, whether corrupt or not, can be found in that neighborhood. And it’s also very close to where the U.S. used to have its embassy in Kabul.

So they started tracking him many months ago. They believe he went back to Kabul to reunite with his family. Of course, what you have to remember at the center of this is that the Taliban is now in charge in Afghanistan and they, of course, harbored terrorists before 9/11. That’s why we went to battle there in Afghanistan. They promised not to do that again. But the U.S. believes they knew that senior Taliban commanders knew that al-Zawahiri was there.

So [the CIA] tracked him for months. They developed a pattern of life, meaning they just knew when he moved around. They don’t believe he ever left that house. But he would often go out on the balcony and spend a long time on the balcony. And that’s where they got him.

They targeted him when he walked out on the balcony. The president gave the order earlier last week. So they fired on [al-Zawahiri] with two Hellfire missiles from that CIA drone and took him out as he stood on the balcony. His family, [the CIA] say, was inside and unharmed as far as they know that.

START HERE: Unbelievable there. And we should mention, Martha, you said it was President Biden that gave the green light. It was also Biden’s call to totally withdraw from Afghanistan 11 months ago… Is al-Qaeda getting much more comfortable in Afghanistan without us there?

But if you can track someone down like [the CIA] did in the center of the city, you should be concerned about your safety if you are a terrorist.

On the other hand, let’s remember it was about a year ago when the U.S. military targeted someone they thought was a bomb maker and it turned out to be the wrong person. And civilians were killed in that U.S. military drone strike.

This strike, this CIA drone [strike on al-Zawahiri], was the first attack, as far as we know, by the U.S. since the withdrawal last year. And by all accounts, it was a successful one.

START HERE: Really successful, when you think about it, a drone strike that was killing somebody on the balcony and not the people in the rooms nearby that balcony. Unreal. Martha Raddatz, thanks a lot.