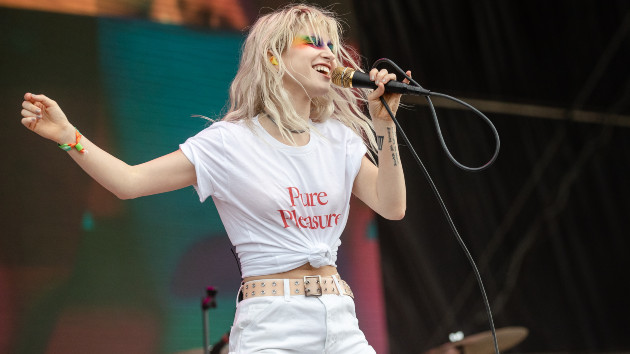 Paramore will be in the business of Bloc Party for their next album.

During the latest episode of her Everything Is Emo BBC Sounds program, frontwoman Hayley Williams shared how the “Helicopter” outfit is influencing Paramore’s much-anticipated follow-up to 2017’s After Laughter.

“We started working on writing new material…over the last year-and-half,” Williams said. “Bloc Party, from day one, was the number-one reference.”

“There was such an urgency to [Bloc Party’s] sound that was different from the fast punk or the pop-punk or the loud wall-of-sound emo bands that were happening in the early 2000s,” she continued. “They had their own thing and it was so unique and so dynamic, and it really stuck with us.”

In addition to working on new music, Paramore will hit the road for their first tour in four years in October. The outing includes headlining shows and festival sets at Austin City Limits and When We Were Young.