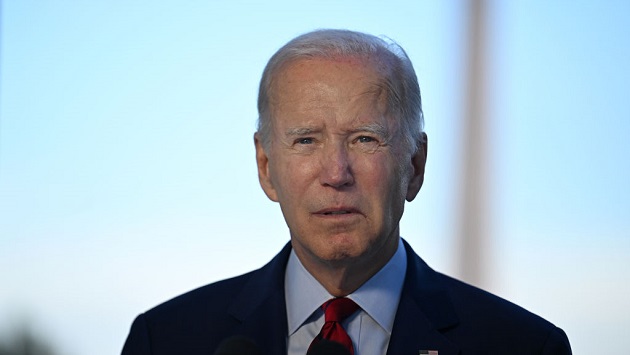 (WASHINGTON) — President Joe Biden announced Monday that the U.S. had killed al-Qaeda leader Ayman al-Zawahiri in a drone strike in Kabul, Afghanistan, over the weekend. He hailed the operation as a significant win in the fight against terror groups overseas — including in countries where the U.S. no longer maintains a military presence.

“Justice has been delivered, and this terrorist leader is no more. People around the world no longer need to fear the vicious and determined killer,” Biden said, speaking from the White House where he is isolating with COVID-19.

“The United States continues to demonstrate our resolve and our capacity to defend the American people against those who seek to do us harm,” he said. “We make it clear again tonight that no matter how long it takes, no matter where you hide, if you are a threat to our people, the United States will find you and take you out.”

The president said al-Zawahiri had returned to the Afghan capital to be with family and was killed on Sunday morning local time. Al-Zawahiri was named the leader of al-Qaeda after Osama bin Laden was killed by U.S. forces in 2011 and officials believe he was a key part of the group’s international activities for decades.

“He was deeply involved in the planning of 9/11, one of the most responsible for the attacks that killed 2,977 people on American soil. For decades, he was the mastermind behind attacks against Americans,” Biden said. “He carved a trail of murder and violence against American citizens, American service members, American diplomats and American interests.”

Biden said he hoped al-Zawahiri’s killing could offer a moment of relief for those who had family members killed in the Sept. 11, 2001, terrorist attacks.

“We continue to mourn every innocent life that was stolen on 9/11 and honor their memories,” he said. “To the families who lost fathers and mothers, husbands, wives, sons and daughters, brothers and sisters, friends and coworkers on that searing September day, it is my hope that this decisive action will bring one more measure of closure.”

The U.S. drone strike comes after collaboration from various parts of the counterterrorism community, a senior administration official told reporters earlier Monday. A separate source told ABC News the operation was carried out by the CIA.

Biden was first briefed on al-Zawahiri’s whereabouts in April and was ultimately briefed on a proposed operation on July 1, the administration official told reporters. Key Cabinet members and advisers were convened on July 25 to receive a final updated briefing on the intelligence assessment, which the official said continued to strengthen on a daily basis.

“The president received an updated operational report and pressed at a granular level. He asked again about any other options that would reduce collateral or civilian casualties. He wanted to understand more about the layout of rooms [of al-Zawahiri’s safe house in Kabul] behind the door and windows on the third floor of the building,” the official said.

“At the conclusion of the meeting, the president authorized a precise tailored airstrike on the condition that a strike minimize to the greatest extent possible the risk of civilian casualties. This authorization meant that the U.S. government could conduct an airstrike once an opportunity was available,” the official said.

The U.S. is confident through intelligence sources and “multiple streams of intelligence that he was killed “and no other individual,” the official said.

The successful remote strike against al-Zawahiri comes nearly a year after Biden presided over the turbulent U.S. military withdrawal from Afghanistan following two decades of war. He and his administration insisted then that the cost of involvement wasn’t worth the chaos and that the U.S. would still have the capability to track and eliminate terror threats without forces on the ground.

“We showed that without American forces on the ground in Afghanistan and in harm’s way we remain able to identify and locate even the world’s most wanted terrorists and then take action to remove him from the battlefield,” the senior administration official said Monday.

The exit from Afghanistan, which had been negotiated during the Trump administration, took place against the backdrop of an unexpectedly rapid takeover of the country by the Taliban, the armed group the U.S. had fought after invading in 2001. Biden faced sharp criticism from Republicans and others over his handling of the withdrawal.

Evacuation efforts were also marred by an Islamic State attack at an airport checkpoint in Kabul as the U.S. military and others worked to ferry out civilians. Thirteen U.S. troops and dozens of Afghans were killed.

On Monday, the senior administration official told reporters that al-Zawahiri had been staying in one of Kabul’s most affluent and prominent neighborhoods, near various diplomatic centers and international companies. The official confirmed that the ruling Taliban were aware of his presence in the area, knowledge that could further strain already tenuous relations with Washington.

The official said that the Taliban sought to cover up al-Zawahiri’s presence at his safe house after the strike.

“This is a very important point for us to make clear to the Taliban: that we expect them to abide by the terms of the Doha agreement, and the presence of al-Zawahiri in downtown Kabul is a clear violation of that,” the senior official said, referring to the agreement the Taliban negotiated with President Donald Trump in Doha, Qatar.

“My administration will continue to vigilantly monitor and address threats from al-Qaeda, no matter where they emanate from,” Biden said in his speech from the White House. “The United States did not seek this war against terror, it came to us, and we answered with the same principles and resolve that have shaped us for generation upon generation: to protect [the] innocent, defend liberty, and we keep the light of freedom burning — a beacon for the rest of the entire world.”