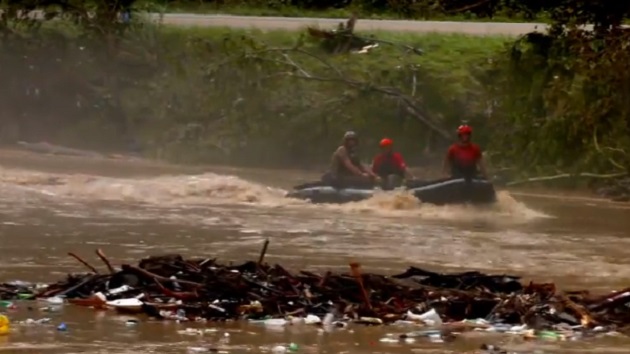 (NEW YORK) — The death toll in the devastating flooding that hit eastern Kentucky continues to rise as more rain hits the region, according to officials.

A total of 30 people, including children, have been confirmed dead, and more fatalities are expected, Kentucky Gov. Andy Beshear announced Monday morning.

More rain was falling Monday as search and rescue teams continue to look for those who are unaccounted for. The additional precipitation could potentially cause water levels to rise again in the same area that experienced the catastrophic flooding that began with heavy rains on Wednesday.

More than 600 people have been rescued by aircraft and boat since the flooding began, Beshear said.

The destruction in Kentucky is the latest extreme flooding event to take place in the U.S. in less than a week.

The megadrought has caused the soil in the region to become so dry that it could not absorb the heavy rains, which helped to contribute to the flooding.

Earlier in the week, a flash flooding emergency occurred near St. Louis, which had a record-breaking 8.56 inches of rain in less than 24 hours. One person was found dead in a car on Tuesday after the water began to recede, officials said.

“Let us wrap our arms around eastern Kentucky and pray for those impacted,” Beshear said.