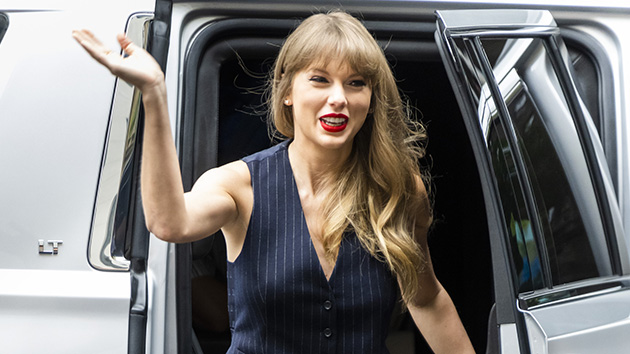 Climate activists were in an uproar over Kylie Jenner‘s 17-minute plane flight last week, but a new report says they should be directing their outrage at none other than Taylor Swift.

Rolling Stone obtained a new report from Yard, a sustainability marketing firm, that tracked celebrities’ private jets and the number of flights they took. Out of all the celebs, Taylor’s private jet was up in the sky the most this year — recording 170 flights since January.

It is not known if the “Shake It Off” singer was on every one of these flights, however.

Yard says Taylor’s plane was in the air for an overall time of 22,923 minutes — or about 16 days — this year alone, which dumped roughly 8,293.54 tonnes of carbon into the atmosphere. Yard estimates that’s more than 1,800 times the average person’s total emissions output.

So, how did Yard create its study? They utilized flight data from Celebrity Jets and ADS-B Exchange to track which celebrities were flying where. It should be noted that the Celebrity Jets Twitter said Taylor flew from Burbank, California, to Albany, New York, on Friday.

After Yard totaled up how often a certain celeb was up in the air, they calculated the amount of emissions poured out using estimates from the U.K. Department for Transportation.

The Grammy winner’s jet is on top of Yard’s list, but who else is in the top three? The plane owned by boxer Floyd Mayweather claims the title of emitting the second-largest amount of emissions for his private flights while Rapper Jay-Z‘s jet comes third.