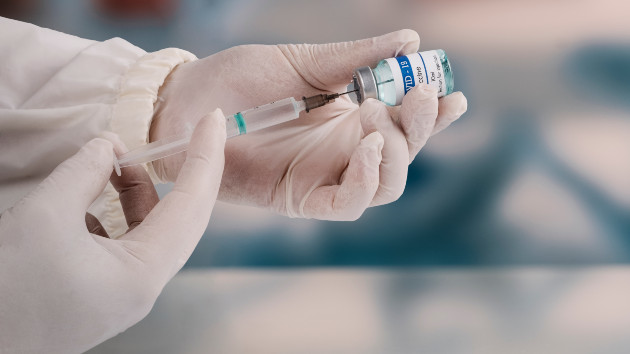 (WASHINGTON) — The Biden administration is preparing to roll out 171 million newly formulated vaccines this September as part of a $5B effort aimed at trying to blunt the impact of the highly contagious omicron variant.

The effort follows an internal debate among President Joe Biden’s top officials on whether to allow younger Americans to get a fourth shot now or wait until a more effective vaccine is released this fall.

The current vaccine was designed to work against the original strain of COVID. And while it continues to dramatically reduce the risk of hospitalizations and death, its effectiveness has slowly waned as the virus mutated.

As a result, Americans over 50 have already been told to get second booster doses, while younger Americans have been directed to get one additional booster.

Moderna and Pfizer say they now have new formulas of the COVID vaccine that will hopefully hold up better against the omicron variant.

Federal regulators would still need to sign off on the new vaccines. But industry and government officials say they are hopeful Food and Drug Administration will authorize the shots and that the Centers for Disease Control and Prevention will recommend them.

According to two administration officials, who spoke on condition of anonymity because they were not authorized to speak publicly, industry officials assured the government that it could deliver the newly formulated shots by September.

At that point, the officials said, the decision was made to hold off on a nationwide rollout of additional boosters for people under age 50.

Overall, the government now has the option to buy 600 million new vaccines that are targeted toward the omicron variant, with plans to deliver 171 million this fall.

Moderna and the government announced Friday a $1.74 billion contract for the manufacture and delivery of 66 million doses and the option to buy another 234 million doses later on.

The government had already agreed to pay $3.2 billion to Pfizer for 105 million doses this fall with the option to buy another 195 million doses later on.

The Biden administration says it’s moved $10 billion around in its current budget to cover the cost of these vaccines and other treatments.

But officials warn that there is a trade-off being made to buy these vaccines so Americans can get them cost-free even without insurance.

According to a statement provided by the Department of Health and Human Services, money has been moved away from testing and ensuring stockpiles of protective gear are ready to go ahead of another pandemic or surge in cases.