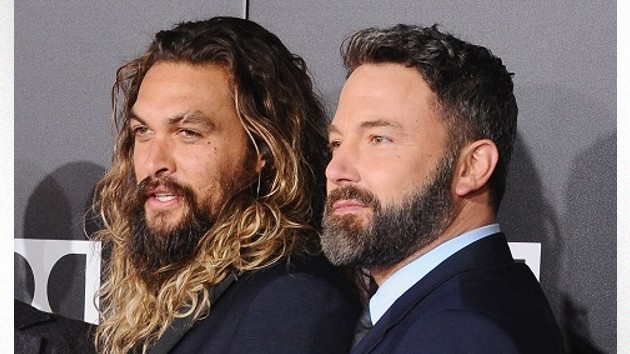 Despite the fact that Robert Pattinson is currently playing the cinematic Batman, Ben Affleck might not be retiring his Batsuit just yet. Jason Momoa teased Affleck’s return as Batman for Aquaman and the Lost Kingdom, the sequel to 2018’s Aquaman.

“REUNITED bruce and arthur,” Momoa shared Thursday on Instagram, along with a photo of him and Affleck. “love u and miss u Ben WB studio tours just explored the backlot alright. busted on set all great things coming AQUAMAN 2 all my aloha j”

Affleck most recently played Bruce Wayne/Batman in 2017’s Justice League — as well as last year’s Zack Snyder director’scut of the film — and in Suicide Squad and Batman v Superman: Dawn of Justice, both in 2016. He’s also set to reprise the role for The Flash, due out in 2023.

The Batman, starring Pattinson, Zoë Kravitz, Jeffrey Wright, Colin Farrell and Paul Dano, has earned over $770 million since its release in March. A sequel is in the planning stages.

Aquaman and the Lost Kingdom is slated to hit theaters March 17, 2023.