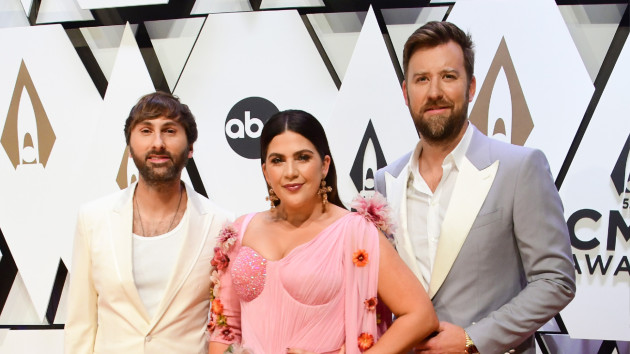 Lady A and Breland will take the spotlight when ABC’s CMA Fest TV special airs next week, performing a special duet version of the classic Lady A hit “Need You Now” from the mainstage.

Breland and the Lady A bandmates may come from different generations, but Lady A’s Charles Kelley says that makes collaborating with the younger star even more exciting.

“He told me he grew up on that song,” Charles says, talking about “Need You Now.” “And I really, truly think he’s one of the most talented artists, up and coming, that we have. And so anytime you can be part of that energy — you know, us doing this for 15 years now, we like to feed off that youthful energy and that excitement.”

They were excited to collaborate on a personal level, too. “We became buddies backstage, and I told him I was a fan,” Charles says.

One thing led to another, and they decided to write a song together. “We wrote a song and he asked if Lady A would feature on it,” Charles adds. “And while we were there, I was like, ‘Well, we’ve gotta do a song, you know, for the fans!’ And so we did ‘Need You Now.’”

Someone at CMA Fest got wind that they’d done a duet version of the Lady A classic and asked them to do it as part of the show, which took place in Nashville in June.

CMA Fest airs on ABC on August 3. Dierks Bentley and Elle King are co-hosting the show.