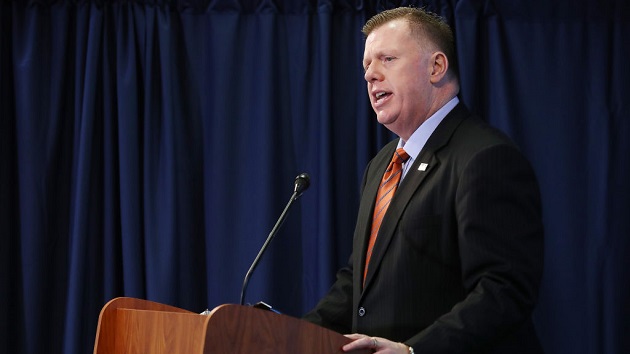 (WASHINGTON) — Secret Service Director Jim Murray is extending his time with the agency until a new director is selected, briefly extending his tenure as his agents finds themselves in the middle of renewed controversy over their actions related to last year’s Capitol riot.

Murray told his colleagues of his extension in an internal note reviewed by ABC News.

“As you are aware, our new director has not yet been named, however, I can tell you that the selection process is active and ongoing,” Murray wrote. “In light of these circumstances I’ve decided to briefly delay my retirement and transition to the private sector in order to help bridge the gap and foster a smooth and meaningful transition for our future Director.”

Murray wrote in his note that he spoke with Homeland Security Secretary Alejandro Mayorkas and White House leadership and they agreed to extend his July 30 retirement date.

The Secret Service has come under new scrutiny over its handing of text messages from the days before, during and after Jan. 6.

Those messages, which the agency maintains were deleted during a software update for its phones, were supposed to be preserved and turned over as part of investigations into the Capitol attack.

The Department of Homeland Security inspector general, an internal watchdog who had sought the records before they were deleted, recently launched a criminal probe into what happened, according to three sources familiar with the situation.

A secret service spokesperson told ABC News that the texts were not maliciously deleted, and Director Murray said in a statement last week that he was reaffirming his commitment to working with and helping the House Jan. 6 committee.

“As an American and Director of this incredible agency, I found the events at the Capitol on January 6th to be abhorrent. What happened on that day in January 2021 is anathema to democracy and the processes our constitution guarantees,” he said then. “Since day one, I have directed our personnel to cooperate fully and completely with the Committee and we are currently finalizing dates and times for our personnel to make themselves available to the Committee for follow up inquiries.”

“We have provided thousands of documents, operationally sensitive radio transmissions and access to Secret Service employees,” he said. “We will continue to cooperate fully with the Committee and any other investigative body and remain committed to helping ensure that another such lawless and violent assault on our Constitutional process never takes place again.”

Still, members of the House panel have been skeptical of the Secret Service’s explanations.

“I don’t really buy that for one minute,” Rep. Jamie Raskin, R-Md., said on “The Late Show with Stephen Colbert” this week. “For one thing, isn’t it a little odd that all of the texts would vanish for Jan. 6th and Jan. 5th? Of all the days, what an odd coincidence that is.”