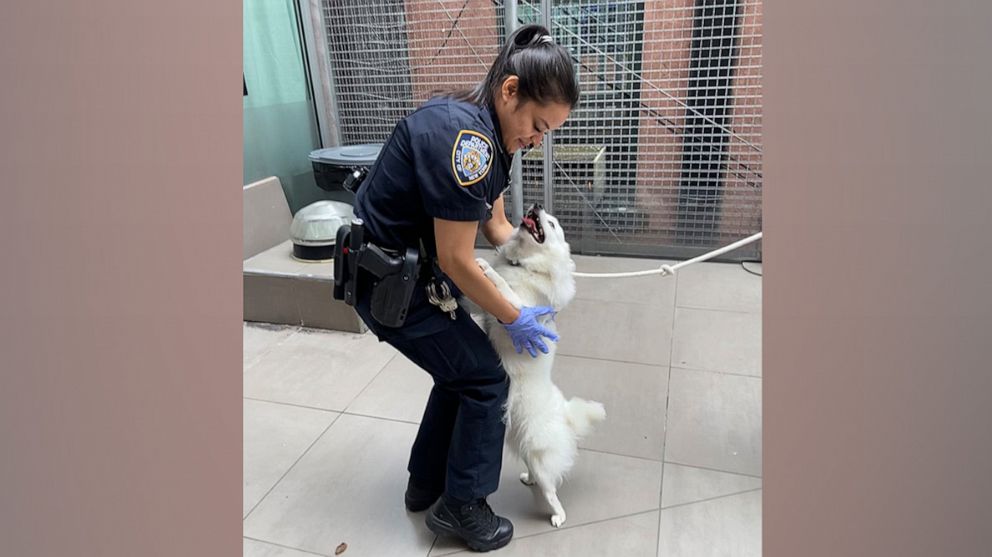 (NEW YORK) — A New York City police officer has adopted the same dog that she helped save from a hot car last month.

Aruna Maharaj, an officer with the NYPD’s 19th Precinct, adopted the pup after helping with its rescue.

“A month ago, this sweet doggo was rescued after his owner left him in his hot locked car for hours; yesterday, one of its rescuers, Officer Maharaj, adopted him,” the 19th Precinct posted on its Twitter account.

The dog was found in a hot car on June 18. Nearby residents had noticed the dog locked in the car on 88th Street near Third Avenue for over two hours and called 911, police said.

Passersby said the dog looked distressed inside the vehicle, according to police.

Police broke open one of the car’s windows to rescue the dog, helping it out of the vehicle before taking it to veterinary care.

A 26-year-old man was charged with animal cruelty, according to police.

The dog was taken in by the American Society for the Prevention of Cruelty to Animals, before Maharaj adopted the dog from their care.

“This pup will never be neglected again!” the 19th Precinct said in its post.

The ASPCA said that animals should never be left alone in hot cars. The organization also said it’s important to look for signs of heatstroke in pets.

Excessive panting or difficulty breathing, increased heart and respiratory rate, drooling, mild weakness, stupor or collapsing, are all signs of your pet overheating, the ASPCA said.

According to the NYPD, it only takes 10 minutes for the inside of a car to reach 102 degrees on an 85-degree day.

The Humane Society said that it’s also important to watch out for humidity.

“It’s not just the ambient temperature, but also the humidity that can affect your pet,” Dr. Barry Kellogg, senior veterinary advisor of the Humane Society Veterinary Medical Association, said in a Humane Society statement.

Kellogg said that animals pant to evaporate moisture from their lungs, which takes heat away from their body. If the humidity is too high, however, they are unable to cool themselves down and their temperature can quickly reach dangerous levels.

The Humane Society encourages pet owners to limit their pets’ exercise on hot days and provide lots of shade and water. They also note not to rely on fans, which don’t work as effectively for animals as they do for humans.