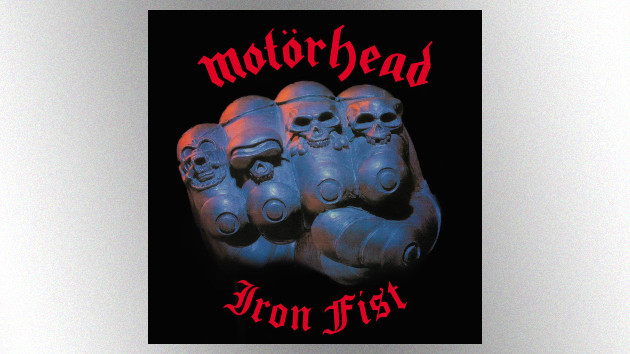 The 1982 Motörhead album Iron Fist is being reissued in honor of its 40th anniversary.

The deluxe package will be released September 23 and includes various demos, alternate versions and instrumentals as well as a previously unreleased full live recording of Motörhead’s 1982 concert at Scotland’s Glasgow Apollo.

You can watch a new video for the demo version of the Iron Fist title track, featuring archival live footage, now on YouTube.

The original Iron Fist had the tough task of following Motörhead’s 1980 album, the iconic Ace of Spades, as well as the band’s beloved 1981 live album, No Sleep ’til Hammersmith. It would also end up being the last Motörhead album to feature the trio’s classic lineup of Lemmy, guitarist “Fast” Eddie Clarke and drummer Phil “Philthy Animal” Taylor.