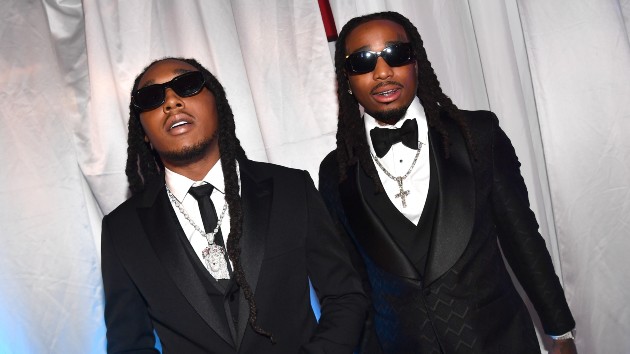 Migos has announced an upcoming performance – without Offset.

The trio will be performing as a duo, with just Quavo and Takeoff taking the stage at next month’s National Battle of the Bands, an annual competition showcasing HBCU marching bands.

“The addition of world-famous hip hop act, Migos, to the 2022 National Battle of the Bands lineup is a gigantic milestone, merging popular hip hop with the spirit and soul of music produced by our nation’s finest HBCU marching bands,” Derek Webber, Executive Producer, National Battle of the Bands, says in a statement. “We’re thrilled that spectators will get to see the iconic band showcase and a premier hip hop performance with the same ticket.”

This marks the first time the Battle of the Bands has ever featured a major performing artist. The event takes place August 27 at NRG Stadium in Houston, Texas.

There have previously been rumors that Migos was breaking up. In May, fans noticed Offset unfollowed Quavo and Takeoff on Instagram, and in June, the group pulled out of a scheduled Governors Ball performance in New York City.