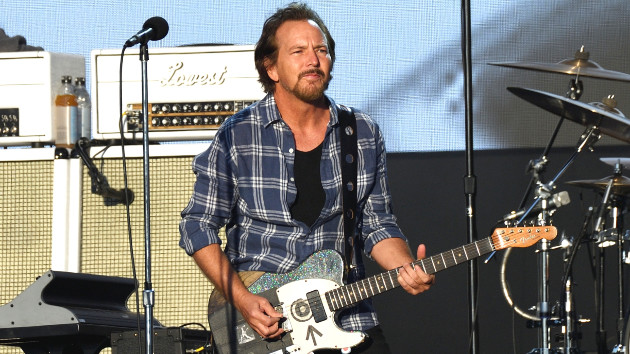 Pearl Jam has canceled another stop on the band’s European tour as frontman Eddie Vedder continues to recover from vocal issues he’s been dealing with over the past week.

As previously reported, Vedder’s throat was “damaged” during PJ’s performance at Lollapalooza Paris on July 17, where the band was exposed to “extreme” weather conditions caused by the historic heat wave in Europe. As a result, Pearl Jam scrapped shows in Vienna, Austria and Prague, Czech Republic.

On Sunday, PJ canceled a third show, the first of two scheduled concerts in Amsterdam, The Netherlands.

“In spite of continuous medical treatment, Ed is regretfully still without a voice and unable to perform [Sunday’s] show at Ziggo Dome in Amsterdam,” a statement from the band reads. “This is again the worst possible scenario for the band. We wholeheartedly apologize to all that worked so hard to put on the show and those supporters we looked forward to seeing.”

The “Even Flow” rockers add that “all of our energies will now be focused” on playing the second Amsterdam show, scheduled for Monday.