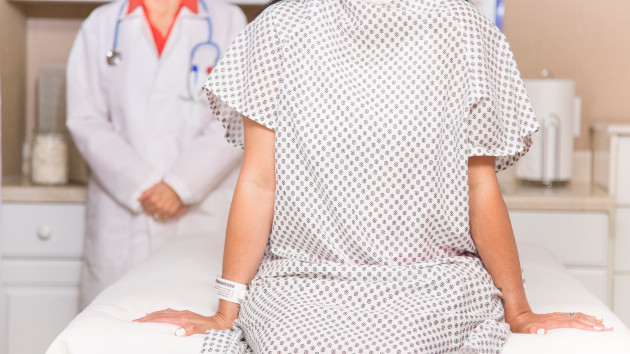 (NEW YORK) — As abortion laws across the South and Midwest block nearly all abortions in over a dozen states, some city politicians are seeking new ways to protect abortion access.

While city leaders can’t directly overturn state legislature, some are seeking city-wide bills to mitigate the effects of state bans.

On Thursday, Austin’s city council voted to enact the GRACE Act, which effectively decriminalizes abortion in the city. One council member, Mackenzie Kelly, was absent from the vote.

City policy will be updated to deprioritize the investigation or enforcement of any charges related to pregnancy and abortion.

While Austin is still under Texas’ abortion law that bans nearly all abortions in the state, the GRACE act aims to minimize criminal accountability for those who seek or provide abortions.

The legislation also blocks the use of city funding or other resources for information sharing, data collection and surveillance related to abortion services and other reproductive health decisions, according to District 4’s office.

Jenna Hanes, communications director for the District 4 office, said that council member Jose Vela believes abortion is just like any health care, and shouldn’t be limited by politics.

“Abortion being punishable by up to 99 years in the state of Texas is ridiculous, it’s a violation of human rights,” Hanes told ABC News.

The city unanimously passed another three measures on Thursday, all aimed to protect access to abortion.

One was a nondiscrimination ordinance, which does not allow a resident to be discriminated against in housing or employment based upon their previous reproductive choices.

Two other measures were introduced by the city’s mayor, Steve Adler, and passed by the council.

One is an awareness campaign regarding birth control options, including male-targeted options such as vasectomies. The second directs the city manager to explore options to assist city employees in traveling for any procedure they cannot obtain within Texas — including abortions.

“In Austin we stand together and fight for what is right. Reproductive rights and choice are fundamental rights,” Adler told ABC News.

Some New Orleans officials have adopted similar measures, and are facing backlash from the state government for doing so, the New Orleans mayor’s office said.

Louisiana’s abortion laws are currently not in action, as a temporary order blocking enforcement was issued June 27 and has since been extended several times, with a state judge expected to hear arguments Tuesday, officials said.

If the laws are cleared by the judge, several New Orleans officials have pledged to resist enforcing the bans.

In June, the New Orleans City Council passed a resolution similar to the GRACE Act that prohibits public funds or resources from being used by local law enforcement to enforce the trigger ban, according to the mayor’s office.

Orleans Parish District Attorney Jason Williams said his office will not prosecute abortion providers, and New Orleans Police Department and the Orleans Parish Sheriff’s Office said they will not arrest nor investigate providers.

In opposition, Louisiana Attorney General Jeff Landry called upon the state treasurer and his fellow members of the Bond Commission, a state agency that determines who can incur debt or levy taxes, to delay any applications and funding for New Orleans and Orleans Parish until officials agree to enforce the ban, according to a statement from Landry.

“As a Black woman, I understand the devastating impact these laws will have on our health and safety. We experience a higher maternal mortality rate than any other group and we cannot risk our reproductive health care decisions being forced out of our hands,” Cantrell told ABC News.

A similar circumstance exists in St. Louis, where Mayor Tishaura Jones signed a bill to direct $1 million in federal relief funds to support access to abortions on Thursday, according to the mayor’s press conference.

“I believe that abortion is healthcare and that healthcare is a human right. He does not,” Jones said. “I believe, and a majority of Missourians believe, reproductive health care decisions should stay between St. Louisans, their God, and their doctor. The attorney general does not.”

Earlier this week, the St. Louis County Council voted not to adopt a similar bill to use federal funding towards abortion resources following a nearly three-hour debate on Tuesday.

The effort, sponsored by Council members Lisa Clancy, D-5th District, and Kelli Dunaway, D-2nd District, faced a 4-3 vote at the end of the meeting, blocking it from enactment.

Clancy told ABC News that she sponsored this bill because “removing the ability to access this procedure is a fundamental violation of the freedom of women and other pregnant people to self-determine their health care decisions.”

Clancy said that two abortion clinics in neighboring Illinois are the most accessible for the St. Louis region. But, for those who don’t have transportation, lodging and child care, getting to those clinics remains nearly impossible.

“My bill will help to level the playing field among those who need abortions to actually get them by providing funding for the logistics required to get an abortion across state lines,” Clancy told ABC News.

District 6 Council member Ernie Trakas told ABC News that he does not believe it is legitimate to use such funds for abortion travel, and that passing such a bill would “most definitely result in suit being file by the Missouri Attorney General.”