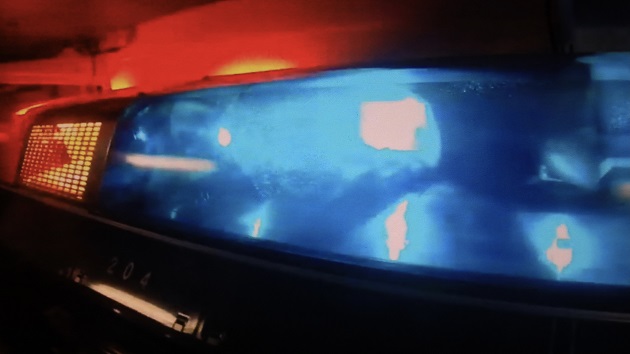 The suspected gunman was also found in the park dead from an apparent self-inflicted gunshot wound, authorities said.

Investigators are still working to determine the relationship between the victims and suspect in the triple homicide, which occurred Friday shortly before 6:30 a.m. at Maquoketa Caves State Park in Jackson County.

Responding officers found the bodies of the three victims at their campsite. As they canvassed and evacuated the area, officers learned there was a camper registered at the park who was unaccounted for, authorities said.

“They noted that there was one camper unaccounted for that they believed could have possibly been armed,” Iowa Division of Criminal Investigation Special Agent Mike Krapfl told ABC affiliate WQAD in Moline, Illinois. “They searched the area for that individual and then later on, about 11 a.m., we found a deceased individual inside the park.”

There is believed to be no ongoing risk to the public and the Maquoketa Caves State Park is closed until further notice, authorities said.

DCI identified the victims Friday night as Tyler Schmidt and Sarah Schmidt, both 42, and Lula Schmidt, 6. The family was from Cedar Falls.

Cedar Falls Mayor Rob Green said he was “devastated” after hearing the news.

“I knew Sarah well, and she & her family were regular walkers here in the Sartori Park neighborhood,” he said in a statement on Facebook.

Green said the family’s 9-year-old son, Arlo, survived the attack “and is safe.” No further details were provided.

Sarah Schmidt was an employee at the Cedar Falls Public Library, Green said. The library closed Saturday following the tragedy to allow her colleagues to grieve, he said.

Green said more details will be forthcoming on services and other memorials planned for the family.

“Please offer some extra grace to the Schmidts’ many friends, neighbors, and coworkers as we try to process this horrible tragedy,” he said.

Iowa Gov. Kim Reynolds said on Twitter that she was “horrified” by the shooting and “devastated by the loss of three innocent lives.”

The Iowa Department of Natural Resources, which maintains the state parks, said its staff is working with law enforcement on the investigation.

“Our long standing tradition of enjoying Iowa’s natural wonders was shaken today, but the legacy for the millions of families that recreate at Iowa State Parks will continue,” Iowa Department of Natural Resources Director Kayla Lyon said in a statement Friday. “This heartbreaking incident hits home for the DNR family; not only as people who are passionate about getting folks outside, but as people who regularly camp with our families at these same parks.”

The Iowa Office of the State Medical Examiner will conduct autopsies of the three victims and the findings will be released, DCI said. The state medical examiner will perform an autopsy on the suspect.

No further information on the incident will be released at this time amid the investigation, DCI said.