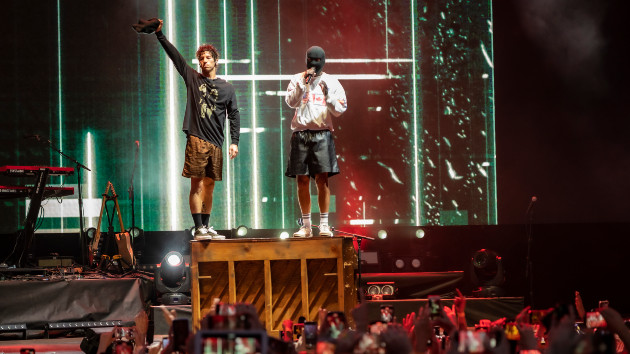 We may now have the closest thing to a Stranger Things and Suicide Squad crossover, courtesy of Twenty One Pilots.

The “Stressed Out” duo has released a live video capturing a recent performance of the song “Heathens,” which, of course, was originally recorded for the soundtrack to the 2016 villain team-up movie starring Will Smith, Margot Robbie and Jared Leto.

This particular performance, recorded during Romania’s Electric Castle festival, featured Twenty One Pilots incorporating visuals from Stranger Things into the stage production; Audio from the Neftlix series’ theme song and the evil season four villain Vecna were mixed into the song as well.

You can watch the “Heathens//Stranger Things” video streaming now on YouTube.