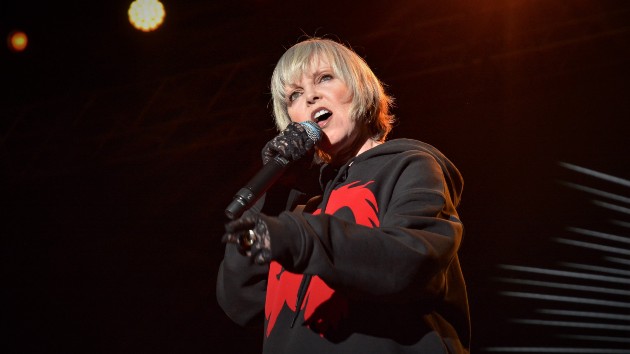 If you hope Pat Benatar sings “Hit Me with Your Best Shot” the next time you see her in concert — you’re out of luck.  The Grammy winner has retired the song to protest gun violence.

“I’m sorry, in deference to the victims of the families of these mass shootings, I’m not singing it,” she told USA Today.  “(The title) is tongue in cheek, but you have to draw the line. I can’t say those words out loud with a smile on my face, I just can’t.”

The rocker continued, “I’m not going to go on stage and soap box — I go to my legislators — but that’s my small contribution to protesting.”

Benatar says fans are “having a heart attack” that she has permanently shelved the song, but has this to say to those who are upset by her decision: “I’m not going to sing it. Tough.”

The “Heartbreaker” singer notes the 1980 song, which is RIAA-certified Gold, is part of her “holy 14” songs that fans want to hear or they’ll “give us (a hard time).”

In place of “Hit Me with Your Best Shot,” she told the outlet, “We’re doing a lot of songs we don’t always play, like ‘In the Heat of the Night’ and ‘I Need a Lover.'”

Benatar, who is 69, reflected on the numerous tragedies she’s witnessed over the years. While she is disturbed by the rise in mass shootings, she’s also concerned about the Supreme Court overturning Roe v. Wade.

“I’m worried, like all of us, about fundamental autonomy rights. This is a slippery slope. It’s about not abortion for me. I’m concerned that people are not paying attention to what this actually means,” she explained.

Because of that, Benatar says her song “Invincible” is more important than ever.