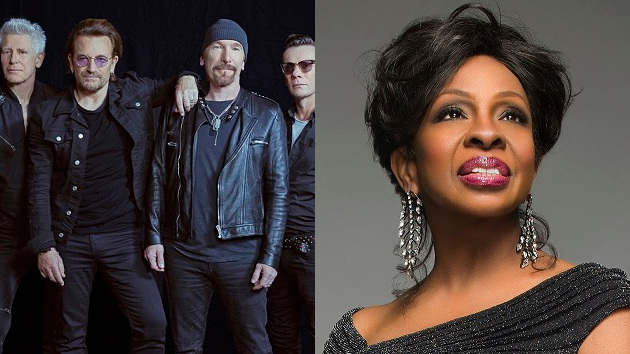 Irish rockers U2 and pop/R&B legend Gladys Knight are among the five honorees who will be saluted at the 45th annual Kennedy Center Honors gala. The star-studded ceremony will be held December 4 at the Kennedy Center Opera House in Washington, D.C.

The awards are presented annually by the John F. Kennedy Center for the Performing Arts to people who have made lasting contributions to American culture through performing arts.

In a joint statement, U2 said of the honor, “[W]e never imagined that 40 years on [from our first trip to the U.S.], we would be invited back to receive one of the nation’s greatest honours…It has been a four-decade love affair with the country and its people, its artists, and culture. We consider America to be a home away from home and we are very grateful to the Kennedy Center Honors for welcoming us into this great clan of extraordinary artists.”

Knight, meanwhile, says she’s “humbled beyond words” to be recognized alongside the other honorees, adding, “I stand here with my fans, my family, my friends, my team, and my faith in accepting such an amazing distinction. It is dedicated to all those who paved the path for me to be able to accomplish the wonderful blessings I’ve been able to receive.”

A two-hour TV special documenting this year’s event will be broadcast at a later date on CBS and will be streamed and made available on demand on Paramount+.

For more details about the event, visit Kennedy-Center.org.