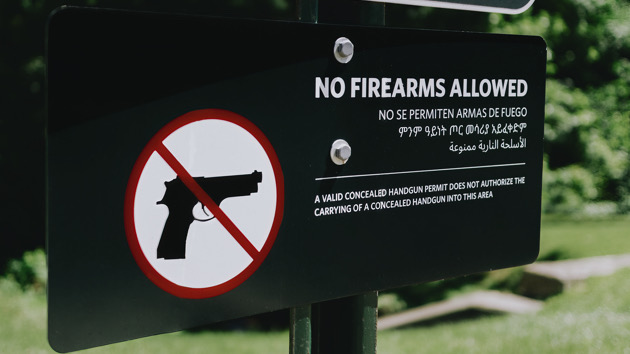 (NEW YORK) — In the aftermath of the mass shootings in Buffalo, New York; Uvalde, Texas; and Highland Park, Illinois, experts say there is a lot that communities can do to improve how they respond to warning signs indicating people could be a risk to themselves or others.

John Cohen, an ABC News contributor and the former acting undersecretary for intelligence and counterterrorism coordinator at the Department of Homeland Security, told ABC News that law enforcement professionals he has met with around the country have raised concerns that there’s not much they can do when they receive reports of concerning behavior.

But even if the person exhibiting concerning behavior has not committed a crime, there is still room for preventative intervention and community support, Cohen said.

He recognized that a lack of access to inpatient and outpatient mental health care is a large concern.

Jarrod Burguan, a former chief of police in San Bernardino, California, and an ABC News contributor, said in an interview that his experience in law enforcement showed him that the mental healthcare system is a “revolving door” that does not do a good job of forcing people to get help or protecting the rest of society from people who pose a risk.

Oftentimes, police take in someone for a mental health evaluation, but there is no leverage for them to get treatment and there is not much else authorities can do to address concerning behavior that has been brought to their attention if it isn’t illegal, Burguan said.

“As a police officer, you’ve got to work within the confines of what you can do legally,” Burguan said.

When police receive a report of concerning behavior, they make contact with the individual to see if they can collect enough information to justify a mental health hold or to determine if a crime has been committed. Police could then take the person into the mental healthcare system if justified, but there is not much else they could do, Burguan said.

Burguan said the threshold for family members to forcibly commit someone into a mental health facility is very high. The process is often difficult for families and can be very expensive, he said. He said that family members rarely think that their loved ones would be able to do something violent like a shooting.

“As a result, we have millions and millions and millions of people that fall through the cracks. We need something that puts more teeth and the ability of the mental health system to hold somebody and force them into treatment and stop allowing people to walk away, and then affect everybody else in society,” Burguan said.

Burguan also said the criminal justice system is not effectively correcting peoples’ paths. While he was chief, he says his department looked through data for two straight years and found that in cases where police had identified a suspect in a murder, an overwhelming majority of the suspects had extensive criminal histories.

Cohen said there is still an important role local communities can play to intervene when individuals are showing warning signs that they could be a risk to themselves or others.

He said as far back as 2014 when he was at DHS, the department was working with the Federal Bureau of Investigation and other law enforcement agencies to study the behavioral characteristics of mass shooters and work to develop prevention strategies to be applied in local communities.

He said the strategies center on law enforcement working with mental health professionals and others in the community to assess the risks of people who exhibit these behaviors, making sure that people within the community are educated on what they should be looking for.

Local authorities should be conducting threat assessments to determine whether the individual poses a high risk of committing an act of violence, Cohen said. If the answer is yes, then the community should engage in threat management strategies, he said.

“You bring mental health professionals, the family community members, our community organizations, faith leaders, social service providers, whoever you need to at the local level, you bring them together and you can put in place a plan to address the underlying issues that are causing this person to travel down the path of violence,” Cohen said.

Many states have incorporated the use of “red flag” laws, also called extreme protection orders, in their strategies to temporarily restrict an individual’s access to guns when they are found to be a risk to themselves or others, Cohen said.

He said these threat management and threat assessment strategies, implemented in various jurisdictions around the country, including Los Angeles, have been successful in preventing attacks.

“With all the mass shootings that we have experienced over the last 10 years, it is mind-boggling to me that we still have communities that have not established the capabilities to engage in threat assessment and threat management activities,” Cohen said.

He added, “They save lives. They’ve worked in communities across the country. And what we need is a consistent capability in every locality across the United States to do that type of work.”

Recognizing that this requires a certain level of sophistication, expertise and funding, Cohen said it falls to state and federal governments to intervene. DHS and the Justice Department provide grant funding to support local efforts and the FBI and U.S. Secret Service can provide training and technical assistance to local communities, Cohen said.

“Any police department or any local community that is not prepared to assess the risk posed by an individual who comes to their attention and to take steps to mitigate that risk, is placing themselves in jeopardy of experiencing this type of attack,” Cohen said.