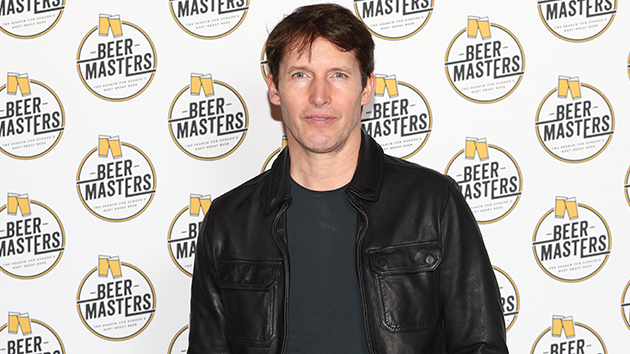 James Blunt is the latest celebrity to get his very own documentary and even he’s unsure why this is happening.

Variety reports this new documentary, directed by ﻿Chris Atkins, will follow the “You’re Beautiful” singer on his 2022 Greatest Hits tour across Europe. The project teases in the tagline that it’s “the story of an ageing, British pop star, still fighting for relevance some 17 years after his star momentarily twinkled.”

Despite the tongue-in-cheek descriptor, Atkins will also have James open up about the darkest moments of his life, like when he witnessed genocide during the Kosovo War while serving for the British Army. In addition, the documentary will look into the recording of his best-selling album ﻿Back to Bedlam as well as the criticism he faced after he was catapulted into the limelight.

The documentary, billed as a mesh of ﻿Spinal Tap﻿ and ﻿Alan Partridge﻿, is ultimately a “behind the scenes, brutally honest story of a painfully self-aware, endlessly touring musician, for whom persistence eventually prevails.”

It will give viewers a clear picture of who James is as a person and prove he is more than the man who sang “You’re Beautiful.” Still, Blunt is confused about why this documentary is happening in the first place.

“In hindsight, I’m not sure letting them film this was a good idea,” he jokingly said in a statement.

The film is currently untitled, and a release date has not been announced. It is being produced by Lorton Entertainment, the same company behind the ﻿Oasis ﻿documentary ﻿Supersonic and George Ezra‘s End-to-End.