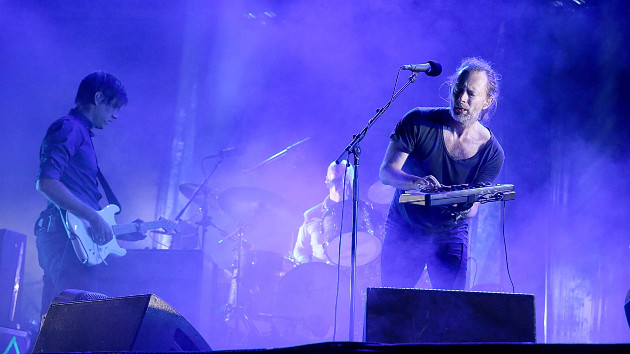 Radiohead hasn’t played a show in four years and hasn’t released an album in six years. That, coupled with the recent launch of frontman Thom Yorke and guitarist Jonny Greenwood side project The Smile, has fans wondering about the status of the OK Computer group.

Guitarist Ed O’Brien shed some light on the subject in an interview on the podcast The Line-Up with Shaun Keaveny.

During the interview, which originally aired in April but is just now making the rounds, O’Brien was asked about the “the current situation with Radiohead,” to which he answered, “There’s no Radiohead at the moment.”

When the host asserted that O’Brien knows that “it’s all gonna come back together again,” the guitarist replied, “It might, but the other thing is, it might not. And does that matter?”

While many fans may think that does, indeed, matter, O’Brien is more concerned with making sure that Radiohead’s next move, whatever it is, be genuine.

“We could do something in a couple years, we might not,” O’Brien said. “But … it has to be five people going, ‘I really wanna do this again with you.’ And I think, at the moment, because we’ve done it for so long, we’re all reaching out and wanting to have different experiences. That should be allowed, and I think it should be encouraged.”

Before you get too worked up about the potential end of Radiohead, O’Brien is “almost certain” they’ll continue to play together.

“But you’ve got to also be able to be fine with it not happening again,” he added.