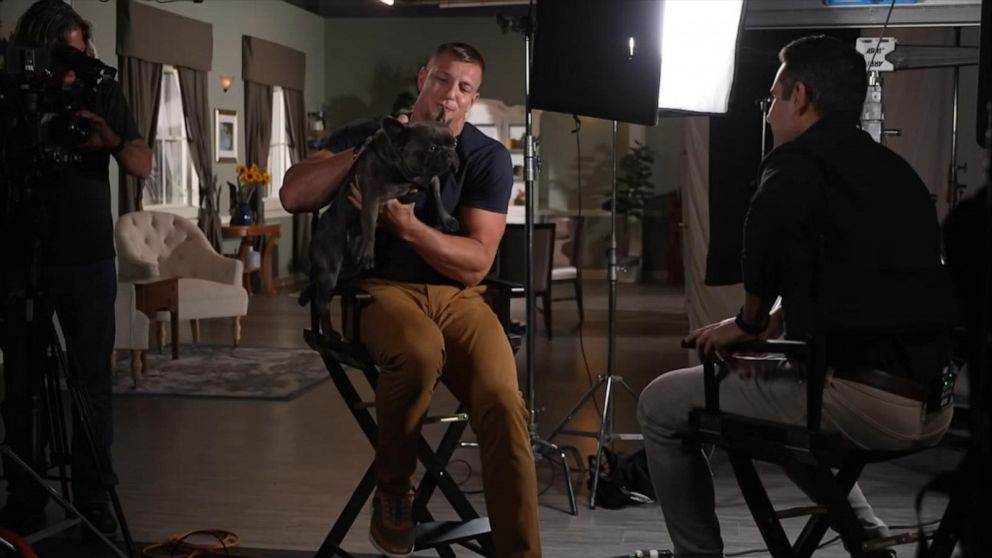 (NEW YORK) — Larger than life Super Bowl champion and pro football star Rob Gronkowski recently retired from the NFL for a second time — but just because he says he won’t be back on the gridiron doesn’t mean he’s done working.

In the first sit down interview since his June announcement, Gronkowski told “Good Morning America” what would happen if former teammate Tom Brady, who drew him out of his initial 2019 retirement, called again.

“I would say ‘what’s up’ but, no, I wouldn’t go back to football. I’m all set,” the 33-year-old said. “Obviously I’ll answer. He’s the greatest of all time calling and we do have a great relationship on and off the field, we’re good friends.”

He continued, “I’m enjoying what I’m doing and enjoying trying to find what I really want to do next.”

Gronk announced his second retirement on June 21, writing a farewell note to the sport in the caption of an Instagram post.

“I will now be going back into my retirement home, walking away from football again with my head held high knowing I gave it everything I had, good or bad, every time I stepped out on the field,” he wrote. “The friendships and relationships I have made will last forever, and I appreciate every single one of my teammates and coaches for giving everything they had as well.”

“From retirement, back to football and winning another championship and now back to chilling out, thank you to all,” he added.

With his football career now behind him, the former tight end, who spent 11 seasons in the league playing for the New England Patriots and then the Tampa Bay Buccaneers, has a lot of free time on his hands. These days, he said he tries to tackle “whatever the day brings.” Sometimes that’s waking up and “getting a workout in” or playing with his French Bulldog Ralphie and shooting commercials, like a new USAA ad set to premiere this fall.

“I’m not like really retired, just from the game of football,” he said. “I’m at the point where I don’t want to be too busy, but I want to do some stuff, and that’s why I’m dipping my toes in the business world.”

Favorite sport other than football? “Basketball. I played in high school.”