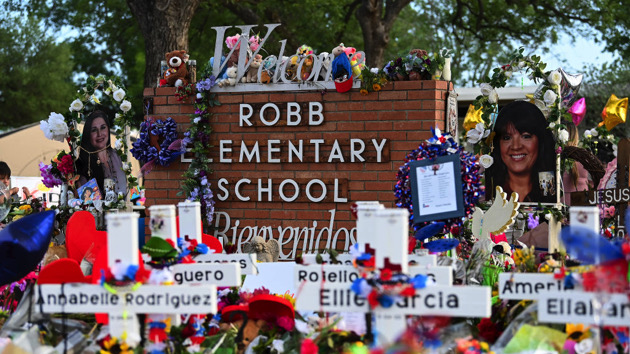 (UVALDE, Texas) — The Uvalde, Texas, school board will meet in a special session Saturday to consider the recommendation to fire Police Chief Pete Arredondo for cause following widespread criticism of how he handled the response to the May school shooting.

Arredondo is currently on leave while an investigation into the conduct of law enforcement at the shooting on May 24 takes place. Nineteen children and two teachers were killed in one of the deadliest school shootings in U.S. history.

The discussion will occur in a closed session, but, legally, a determination to fire him would have to be publicly announced.

Despite the Uvalde school district’s active shooter plan calling for its police chief to assume command in the event of a shooting, Arredondo allegedly failed to take on the role of incident commander or transfer the responsibility to another officer on scene during the May 24 attack, according to a report issued this week by a joint committee of the Texas Legislature.

“The Uvalde CISD’s written active shooter plan directed its police chief to assume command and control the response to an active shooter,” according to the report.

Last month, Arredondo told The Texas Tribune he did not consider himself the commanding officer on the scene.

He also said that no one told him about the 911 calls that came in from students who were still alive in the classrooms during the 77 minutes before law enforcement breached a classroom door and killed the 18-year-old gunman.

“We responded to the information that we had and had to adjust to whatever we faced,” Arredondo said. “Our objective was to save as many lives as we could, and the extraction of the students from the classrooms by all that were involved saved over 500 of our Uvalde students and teachers before we gained access to the shooter and eliminated the threat.”

At an open forum hosted by the Uvalde school board Monday, parents and community members called on officials to fire Arredondo immediately, with some also calling for the firing of other members of Uvalde’s school district police force who were present during the shooting.