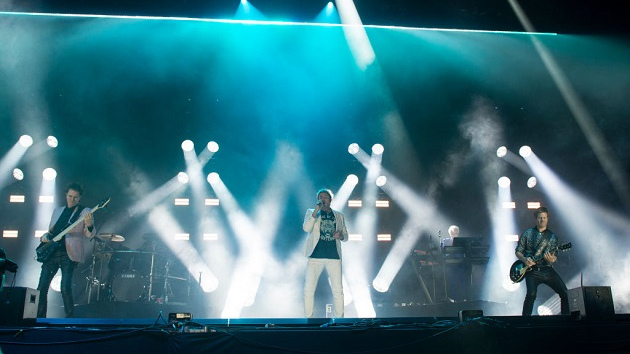 Duran Duran will headline the opening ceremony for the 2022 edition of the Commonwealth Games sporting event, which will run from July 28 to August 8 in the band’s hometown of Birmingham, U.K.

The Commonwealth Games is an international multiple-sport competition held every four years featuring athletes from countries in the Commonwealth of Nations.

Duran Duran will perform during the finale of the ceremony, which will take place July 28 at Alexander Stadium. The band, which will be inducted into the Rock & Roll Hall of Fame this November, will play four classic songs from their back catalog with accompaniment from the City of Birmingham Symphony Orchestra.

“The Birmingham 2022 Commonwealth Games is a momentous event for the great city of Birmingham,” frontman Simon Le Bon says. “And we in Duran Duran are honoured to be a part of it in our home town.”

Adds drummer Roger Taylor, “We are so proud to be returning to our home town to close the Birmingham 2022 Commonwealth Games Opening Ceremony. It is a true honour to be part of a global event that will bring sportspeople of all cultural backgrounds around the world together as one. Another milestone in a most incredible year for us.”

The opening ceremony will also feature a variety of other noteworthy local musicians, including Black Sabbath guitarist Tony Iommi, who will perform with sax player Soweto Kinch and R&B vocalists Indigo Marshall and Gambimi.

For more information about this year’s Commonwealth Games, visit Birmingham2022.com.