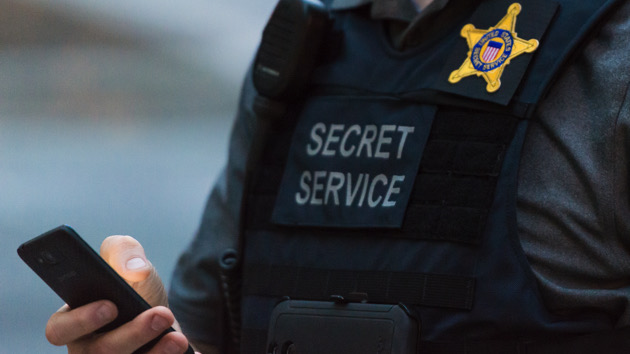 (WASHINGTON) — The Secret Service is preparing to notify the House Jan. 6 committee that it has found no new text messages related to the Capitol riot, a source says — the same day the National Archives and Records Administration (NARA) sent a letter requesting the agency investigate the deletion of some its records from Jan. 6, 2021, which drew the scrutiny of an internal watchdog.

The Secret Service’s plans were confirmed to ABC News on Tuesday by a source familiar with the matter.

A Secret Service spokesman last week acknowledged that text messages from Jan. 5 and Jan. 6, 2021, were deleted after being sought by the Department of Homeland Security Office of Inspector General.

The director of communications for the Secret Service, Anthony Guglielmi, subsequently dismissed any “insinuation” the agents had intentionally deleted the texts.

The Jan. 6 committee subpoenaed the Secret Service on Friday — its first such order to an executive agency.

Rep. Zoe Lofgren, a member of the Jan. 6 committee, said on ABC’s “This Week” on Sunday that the panel expected more information about the Secret Service texts by Tuesday.

“We need all of the texts from the fifth and sixth of January. I was shocked to hear that they didn’t back up their data before they reset their iPhones. That’s crazy, and I don’t know why that would be,” Lofgren, D-Calif., said then. “But we need to get this information to get the full picture.”

In its letter on Tuesday, the NARA wrote that “if it is determined that any text messages have been improperly deleted” — “regardless of their relevance” to Jan. 6 investigations — “then the Secret Service must send NARA a report within 30 calendar days of the date of this letter with a report documenting the deletion.”

“This report must include a complete description of the records affected, a statement of the exact circumstances surrounding the deletion of messages, a statement of the safeguards established to prevent further loss of documentation, and details of all agency actions taken to salvage, retrieve, or reconstruct the records,” NARA wrote.

The Secret Service — which has faced fresh controversy over its conduct amid the insurrection and then-President Donald Trump’s behavior that day — has repeatedly said it is readily cooperating with both the inspector general and the Jan. 6 committee.

“Over the last 18 months, we have voluntarily provided dozens of hours of formal testimony from special agents and over 790,000 unredacted emails, radio transmissions, operational and planning records,” spokesman Guglielmi said Friday. “We plan to continue that cooperation by responding swiftly to the Committee’s subpoena.”