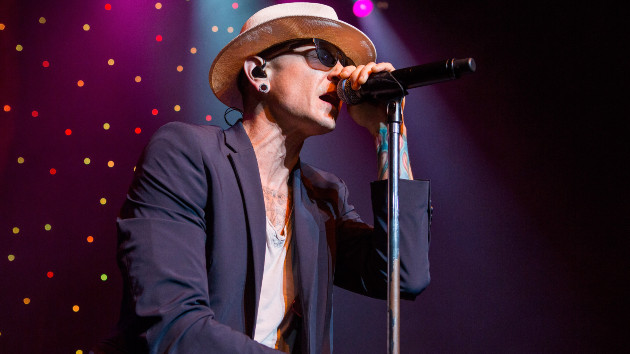 “When Linkin Park came out, Chester’s voice was so unique and so different in a time where there were lots of vocalists grumbling down the mic and sounding really aggressive,” Bruce says. “He had that capability, but then at the same time could just, like a switch, flip it off and he sounded like a f***ing Backstreet Boy. He had the most insanely perfect voice.”

And it wasn’t just how he was singing, but what he was singing about that made Bennington so impactful. Cerulli recalls first hearing Linkin Park in high school while “going through home troubles and bullying.”

“Hearing Chester sing words that connected with me on a level that was so deep and so honest and raw … I remember the first time I heard ‘Crawling,’ it just crushed me,” Cerulli says. “It’s rare to find someone that can really reach people on that level.”

That “hole,” as Cerulli puts it, “will never be filled,” but he continues to see Bennington and LP’s influence on bands today, including his.

“It’s cool to see that their legacy is never gonna die,” he says.

“On the 20th anniversary of his passing, people are gonna still hear that voice and instantly know it’s Chester Bennington,” Bruce adds. “That’s special, not a lot of people have that.”

Bennington died by suicide July 20, 2017, on what would’ve been his friend Chris Cornell‘s 53rd birthday. Cornell had died by suicide just two months earlier in May 2017.