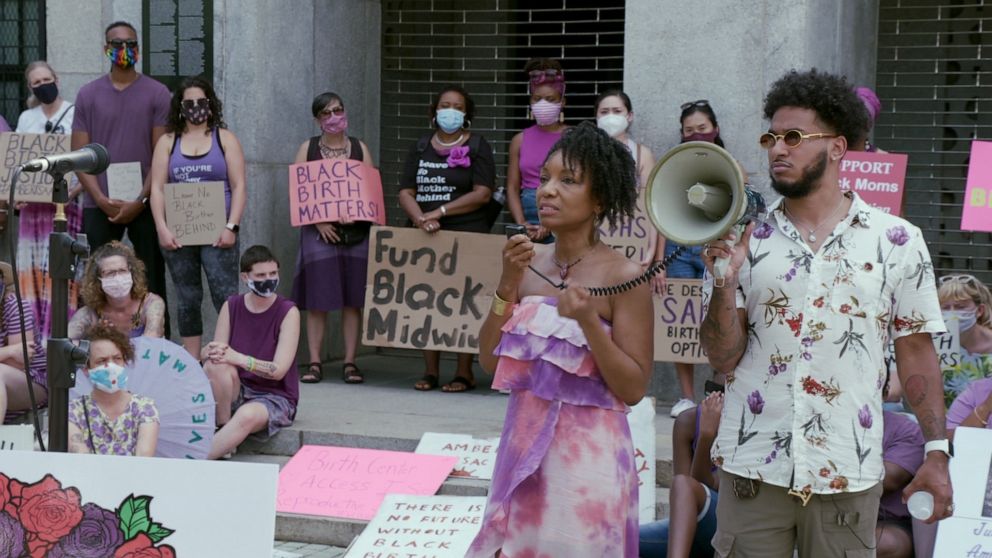 (NEW YORK) — Expectant mothers Shamony Gibson and Amber Rose Isaac both died from preventable childbirth complications, their families say, and the women’s deaths have had a devastating effect on their loved ones.

Gibson, 30, died just 13 days after the birth of her son in October 2019, when, according to Gibson’s family, her health concerns were ignored by medical providers. About six months later, in April 2020, Isaac, 26, died following an emergency C-section that the family says stemmed from medical negligence. Now, their partners and families are committed to bringing awareness and change to the alarming Black maternal mortality rate in the United States.

Following the deaths of two young women due to childbirth complications, two bereaved families galvanize activists, birth workers, and physicians to reckon with one of the most pressing American crises today: the U.S. maternal health crisis.

The documentary follows Omari Maynard and Bruce McIntyre, Gibson’s and Isaac’s partners who connected shortly after Issac’s death, bonding over their losses while learning to navigate their lives as grieving single fathers. They are joined in their fight for justice along with Shamony Gibson’s mother, Shawnee Benton Gibson, and medical professionals like Dr. Neel Shah, chief medical officer of Maven Clinic, the largest virtual clinic for women’s and family health.

“We are thrilled to partner with Disney’s Onyx Collective and ABC News to honor and uplift the lives of Shamony Gibson and Amber Rose Isaac,” Eiselt and Lewis Lee said. “We hope audiences will be as inspired and empowered as we are by their families’ trailblazing work to ensure the best birthing outcomes for all Americans.”

“Aftershock” explores these disparities and the efforts of many to resolve them in a push for medical autonomy, accountability and freedom.

“‘Aftershock’” is an emotional and urgent story that demands our attention,” Tara Duncan, president of Onyx Collective, said. “Paula and Tonya have captured the resilience and will of Black families to ignite a positive impact on this national health crisis for women in America.”