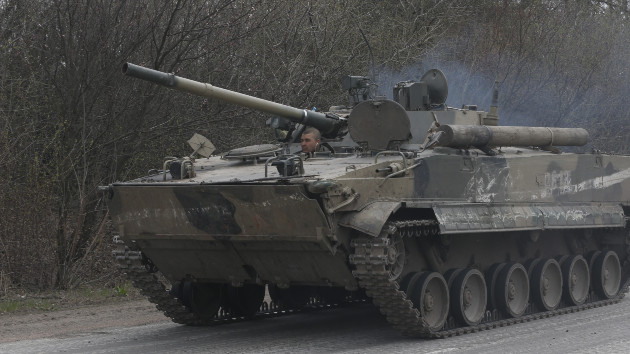 Apr 19, 5:33 am
Russian military calls on Ukrainian troops in Mariupol to surrender

The Russian military is calling on Ukrainian troops in besieged Mariupol to surrender by midday on Tuesday.

Russian forces have been trying to seize the strategic port city in eastern Ukraine’s war-torn Donetsk Oblast since the start of the invasion on Feb. 24. The Russian Ministry of Defense said it is ready to declare a temporary ceasefire in Mariupol on Tuesday from 1:30 p.m. local time.

Ukrainian troops holed up on the grounds of the Azovstal iron and steelworks plant in Mariupol have until then to stop all fighting and lay down their arms, according to Col. Gen. Mikhail Mizintsev, head of Russia’s National Defense Control Center. Moscow has proposed this plan “given the catastrophic situation in the Azovstal Iron and Steel Works, as well as for purely humanitarian considerations,” Mizintsev said in a statement Tuesday.

“All those who will lay down arms are guaranteed that their lives will be spared,” he added. “The actual start of the temporary ceasefire shall be marked by both sides by raising flags — red flags by the Russian side and white flags by the Ukrainian side along the entire perimeter of Azovstal. Furthermore, their readiness to put the temporary ceasefire into effect shall be confirmed by the sides via all communication channels.”

According to Mizintsev, “absolutely all” Ukrainian troops and foreign mercenaries will be allowed to leave the plant without any weapons or ammunition from 2 p.m. to 4 p.m. local time. Moscow guarantees to each Ukrainian soldier who surrenders that their life will be spared and their rights as prisoners of war will be respected, Mizintsev said.