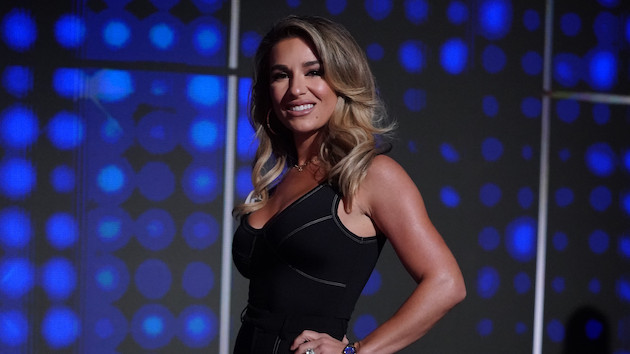 Jessie James Decker is among the artists performing from the RAM Trucks Side Stage of the 2022 CMT Music Awards tonight, but it’s not her first time attending the ceremony: She’s got a hilarious story about a wine-fueled mishap that happened backstage during a previous CMT Awards.

That year, Jessie was at the show to present an award, and when she’d finished, she spent some time hanging out with her fellow country artists and enjoying the backstage bar.

“So I have a third glass of wine, and I’m feeling good. I ran into an artist named Clare Dunn,” Jessie recounts on a new episode of CMT’s I Probably Shouldn’t Tell You This series.

Jessie had long been a fan of Clare, so the two made plans to co-write and exchanged numbers. Then, later on that same evening, Jessie ran into Kelsea Ballerini.

“I said, ‘Hey, we should catch up and hang out.’ She was like, ‘You know what, take down my number and let’s get together soon,’” Jessie recalls.

The next morning, Jessie decided to firm up her plans with Clare, and texted her asking for song pitches, though she was a little surprised not to hear back until the end of the day. After several hours — and a few reminder texts — the songs finally came through, but Jessie was confused to see that all the songs had Kelsea’s voice on the demo.

That’s when things clicked: She’d gotten the numbers switched. “I was like, ‘OMG, I thought I was texting Clare Dunn.’ It was so fine — she just wrote a bunch of ‘ha-has’…I ended up saving their numbers correctly,” Jessie sums up.

Still, no CMT Awards will ever go by without Jessie remembering the one she spent “harassing Kelsea Ballerini,” the singer adds.