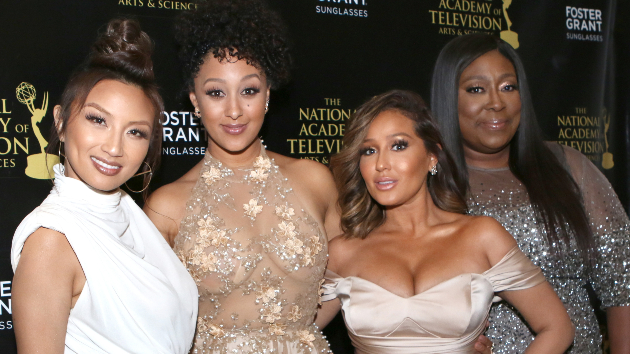 –After eight seasons of round-table discussions from the panel of all-women hosts, The Real will be coming to an end, Warner Bros. has decided, according to Variety.

“It’s been a busy few days but I got a call from the studio…no official decision has been made about #TheReal,” she said. “I will be ok but please give grace to the 150 crew members this may affect…we will finish Season 8 and wait for official word.”

On Instagram on Friday, she confirmed the news, saying in part, “The Real cast & crew did everything we could.”

The Real is an hour-long daily talk show that airs on Fox stations and is hosted by Love, Jeannie Mai Jenkins, Adrienne Bailon and Garcelle Beauvais.

—Chris Brown has confirmed another addition to his growing family.

He shared a picture of his beautiful baby girl, Lovely Brown, to his Instagram story on Thursday, along with a series of red heart emojis.

The image was originally shared by Lovely’s mother, Diamond Brown, and Brown reposted it.

Chris has two other children — a son, Aeko, and a daughter, Royalty.

–TMZ is adding to its repertoire of media and celebrity news.

The show, which premieres Monday, April 11, will feature a panel of five co-hosts who will discuss some of the biggest headlines in rap.

Check out a preview of the new show on Fox’s YouTube channel.