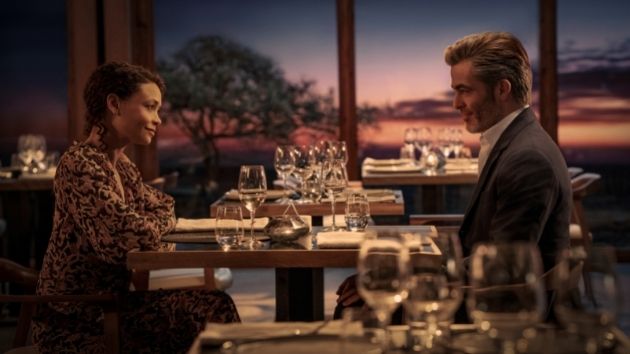 In the new spy thriller All the Old Knives, out today on Amazon Prime Video, Thandiwe Newton and Chris Pine play CIA agents with a lot of secrets. It’s an old school kind of movie, full of action and romance and international intrigue, which drew in Newton.

“I was really intrigued by the world of the CIA, which wasn’t familiar to me,” she tells ABC Audio. “And as a woman in that high level, I just thought I’d love to represent that.”

Pine agrees, telling ABC Audio he loved “the romance…the intrigue” and “the thriller” of the movie, explaining, “It was every kind of, the kind of films that I like to watch, that I like to read as an actor reading scripts. And was just passionate about making it happen.”

Newton thinks it’s the kind of story that will keep us all guessing, and when she watches movies like this, she’s not trying to figure it out the whole time.

“I’m not the read the last page of the book person,” she says. “I don’t understand that. But, yeah, I mean I do understand, of course, you don’t wanna be so scared all the time. No, I love not knowing.”

Pine also loves the element of surprise, and admits it can be annoying to watch with people who are constantly trying to guess the twist.

“That’s what my father does and it drives me crazy,” he shares. “In the middle of it he’ll be like, well, he’s going to die. Or, she did it…He’s done it since I was a kid, and I just can’t stand it.”