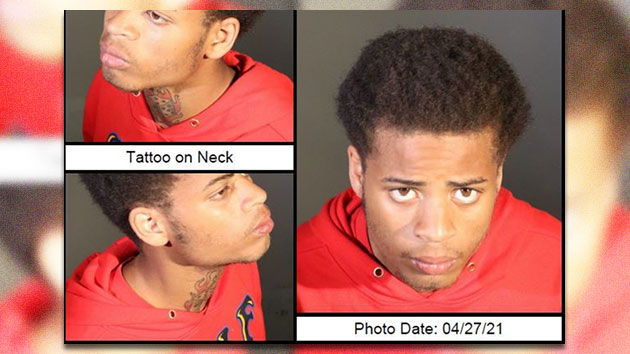 A clerical error was responsible for the release of James Jackson, says the LASD.  Jackson had attended a hearing on April 5 but was then “inadvertently” released from custody. The Major Crimes Bureau is now working to track him down.  As of Friday, they were still looking for him.

In previously sealed grand jury testimony Fischer provided in October 2021, which was obtained by Rolling Stone last month, Fischer said he was trying to grab one of the dogs, Koji, when “the man with the gun shot me as I was reaching.”  Fischer says Jackson and his accomplices took Koji and another dog, Gustav, when he went down.

“I immediately tried to call for help but realized I was bleeding out of my lung and that I was losing more and more air quickly,” Fisher testified.  He was subsequently rushed to the hospital, where, he says, “part of my lung” was removed, causing him to continue to struggle with “breathing issues.”

Jackson, Jaylin White and Lafayette Whaley face attempted murder charges in connection with the incident. White’s father, Harold White, as well as Jennifer McBride are charged as accessories to attempted murder: McBride claimed she “found” the dogs and tried to claim the $500,000 reward Gaga offered for their return.