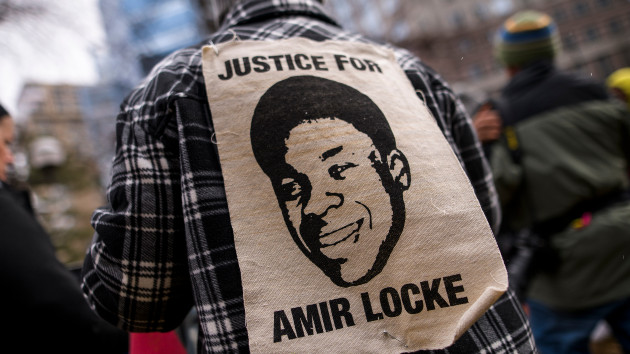 The policy implementation comes just two days after the announcement that no criminal charges would be filed in the case of Amir Locke, who was fatally shot in February by Minneapolis police officers executing a no-knock search warrant on the apartment he was in.

No-knock warrants allow officers to enter a private home without knocking or making their presence known.

Frey said that exceptions could be granted for hostage situations or other extremely dangerous scenarios.

The department will also establish a classification system for warrants: low, medium and high risk. Medium and high-risk warrants will require additional approval.

The new policy also established wait times for officers before they can enter a residence while executing a knock-and-announce warrant.

During the day, officers will have to wait 20 seconds after making themselves known before entering a residence. At night, the wait time is 30 seconds.

The ban would also extend to warrants carried out by the Minneapolis Police Department on behalf of other agencies, as well as those that have been requested by Minneapolis police but executed by other departments.

Frey received backlash for the previous moratorium on no-knock warrants because officials could execute such a warrant if it is determined that there is an imminent threat of harm to an individual or the public.

“It’s important to implore upon everyone, that half measures have really gotten cities nowhere across the country,” said attorney Jeff Storms, who is co-representing Locke’s family members, at a February hearing on no-knock warrants.

“It’s important that city does not just put Band-Aids on the immediate problems but spends time thinking about how to preempt the next civil rights violation, not just related to no-knock warrants, but to other areas of policy practice and training,” he added.

No-knock warrants have come under scrutiny, most prominently in the 2020 killing of Breonna Taylor during a botched drug raid.

Wells said that such warrants should be banned in her son’s name.