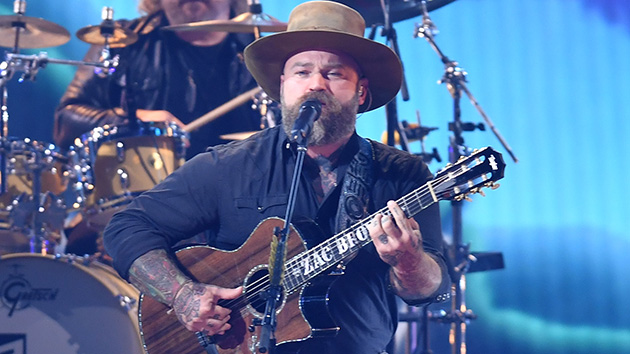 Zac Brown has nothing but kind remarks for Luke Combs, with whom he co-wrote two songs for Zac Brown Band‘s latest album, ﻿The Comeback.

Zac shares that Luke traveled to his home in Georgia for a co-writing session that resulted in a pair of songs that made the album: the current radio single, “Out in the Middle,” and “Old Love Song.” It was the first time the two hitmakers spent time together, and Zac has fond memories of the experience.

“Luke is such a great singer and great artist, but he’s also a great writer,” the ZBB frontman praises. “I brought him down to Georgia and we sat in the kitchen while the kids were at school, and we hammered out a couple of songs in a few hours. I’m really proud of those songs. I love them. They’re two of my favorite ones on there.”

Part of what made the experience special was the fact that neither one of them brought any ego to the table, which Zac says is crucial to the songwriting process.

“When you’re writing something to serve the song, you want to have people that are there in service of it. And when there’s ego involved, it’s about your idea winning rather than listening and trusting the people in the group,” Zac explains. “When that right idea pops up where everyone agrees, that’s the positivity that you need when you’re collaborating.”