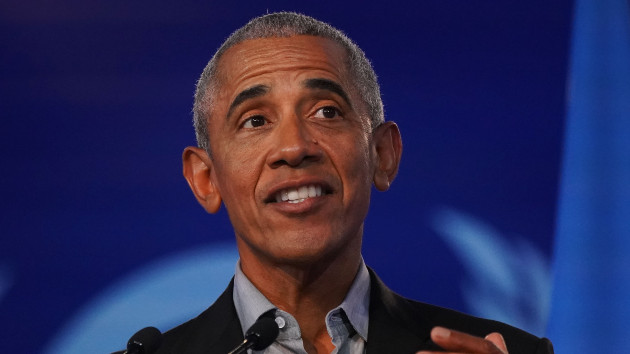 (WASHINGTON) — For the first time since leaving office, former President Barack Obama is scheduled to return to the White House on Tuesday to join his former vice president in promoting the Affordable Health Care Act, which he signed into law.

Obama will join President Joe Biden and Vice President Kamala Harris in delivering remarks “celebrating the success of the Affordable Care Act and Medicaid in extending affordable health insurance to millions of Americans as a part of the President’s agenda to cut costs for American families,” according to the White House.

The White House added that Biden “will take additional action to further strengthen the ACA and save families hundreds of dollars a month on their health care.” Secretary of Health and Human Services Xavier Becerra and other members of Biden’s Cabinet will also attend.

White House press secretary Jen Psaki said Biden and Obama will tout the ACA, which she said they view as “a shining example of how government can work for the American people.”

“Not only did it ensure that millions of people had access to affordable health care, but it has been an opportunity to build on that and make changes and make improvements over the course of time, which of course is what they will talk about tomorrow,” Psaki said at Monday’s press briefing.

She said Obama and Biden will also have lunch at the White House Tuesday — “as they used to do on a weekly basis” — and added, “They continue to talk regularly.”

“They are real friends, not just Washington friends, and so I’m sure they will talk about events in the world as well as their families and personal lives,” Psaki said.

The visit from the popular former president comes as Biden struggles in the polls over his handling of 40-year-high inflation and soaring gas prices he’s pinned to the ongoing war in Ukraine.

Psaki said it’s “exactly the right time to have the former president come here — given this is one of the proudest accomplishments that they worked on together, they shared together.”

“And it is emblematic of their shared view and belief that government can work for people and it can work for the American people. And this is an example of building on a success from more than 10 years ago and making it better over time,” she added.

Psaki also said to expect Obama to return to the White House again soon for his presidential portrait unveiling “and perhaps other engagements here in the future.”

“We’ve made affordable health coverage more accessible during the pandemic through the opening of the special enrollment period, which enabled nearly 3 million Americans to have access to newly sign up for coverage under the ACA,” she said. “And President Biden has overseen the most successful open enrollment in history last year with the historic 14.5 million Americans signing up for ACA coverage and another million people signing up for the basic health care program.”

Tuesday will mark Biden and Obama’s first joint appearance since attending the 20th anniversary of the Sept. 11 attacks last fall in New York and their first joint event in Washington since Biden’s inauguration in January 2021.

Back in 2010, when the pair celebrated the ACA’s passage, Biden was caught on hot mic applauding Obama at the White House for what he called “a big [expletive] deal.”

As of last year, about 31 million Americans had health care coverage through the ACA, according to the Department of Health and Human Services.