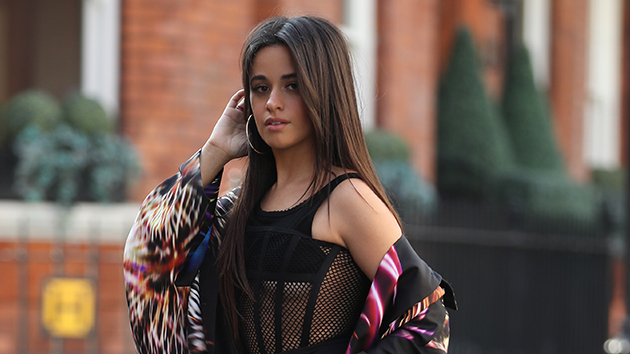 Camila Cabello drops her highly anticipated new album, Familia, next week.  While the “Havana” singer has been teasing snippets of the album’s songs, she turned up the hype on Friday by dropping the album’s complete track list.

“Familia next Friday! Any guesses which will be your favorite?” she tweeted, and shared a link so fans can pre-save the project.

Camila also unveiled her album collaborators.  Aside from Ed Sheeran, who joined her on the recently released “Bam Bam,” others include ﻿WILLOW﻿, ﻿﻿the daughter of ﻿Will Smith﻿, as well as Latin superstars ﻿Maria Becerra﻿ and ﻿Yotuel.

Willow will join Camila on the track “Psychofreak,” which the Grammy nominee previously revealed was her favorite song on the album because it harnesses “the craziest and deepest thoughts I have when it comes to being in a relationship with someone… I bare my soul.”

Maria and Yotuel will respectively accompany Camile on the singles “Hasta Los Dientes” — which means “Armed to the Teeth” in English — and “Lola.”

In all, Familia offers 12 new songs from Camila.  She’ll preview them all ahead of the album’s release, via her “immersive” TikTok concert Familia: Welcome to the Family, which takes place April 7 starting at 7 p.m. on her TikTok account.

Familia drops a few hours later, at midnight, on April 8.  Camila’s already teasing that a deluxe version is also on the way, though a release date hasn’t been announced.