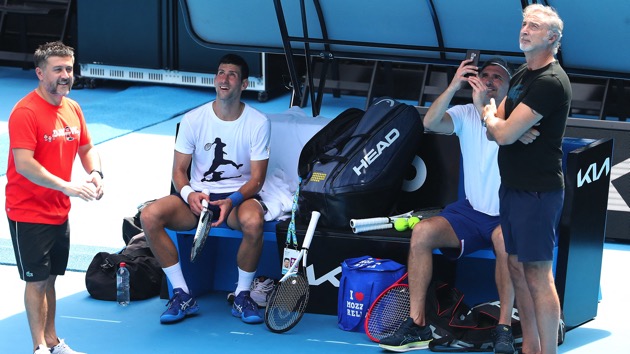 “Today I exercised my power under section 133C(3) of the Migration Act to cancel the visa held by Mr Novak Djokovic on health and good order grounds, on the basis that it was in the public interest to do so,” Hawke said in a statement.

Hawke’s decision arrived days after an Australian court reinstated the 34-year-old’s visa, which had been granted with a medical exemption to Australia’s COVID-19 vaccine requirements.

Officials questioned whether Djokovic meet the requirements for that exemption, but Judge Anthony Kelly sided with the tennis star, noting that Djokovic’s medical exemption had been provided with input from an “eminently qualified physician.”

“And the point I’m somewhat agitated about is, ‘What more could this man have done?'” the judge said on Monday.

Questions had still lingered, however, about whether Djokovic lied on his Travel Declaration Form. Every traveler arriving in Australia needs to submit the document before entering the country.

At issue were the few weeks prior to Djokovic’s landing in Australia on Jan. 5 from Spain via Dubai. Under Australia’s pandemic measures, the tennis star would have had to stay in Spain for at least 14 days before travelling.

Djokovic on his entry form ticked the box saying he hadn’t traveled during that period. Social media seemed to tell a different story, with at least one post suggesting Djokovic had been in Serbia during those 14 days.

Hawke on Wednesday told ABC News: “Mr. Djokovic’s lawyers have recently provided lengthy further submissions and supporting documentation said to be relevant to the possible cancellation of Mr Djokovic’s visa. Naturally, this will affect the timeframe for a decision.”

The Australian Open begins on Jan. 17. Djokovic has won the tournament the last three years and nine times overall.

This is a developing story. Check back for updates.