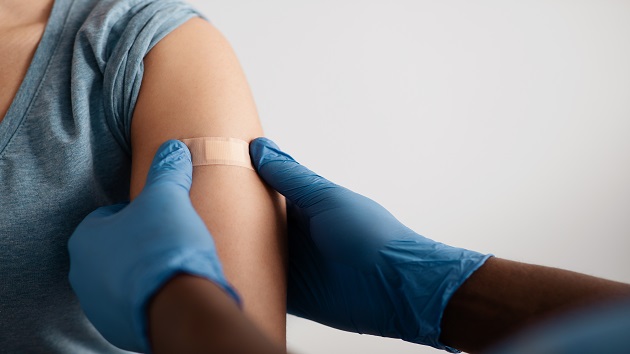 (NEW YORK) — As the COVID-19 pandemic has swept the globe, more than 5 million people have died from the disease worldwide, including over 746,000 Americans, according to real-time data compiled by Johns Hopkins University’s Center for Systems Science and Engineering.

Just 67.8% of Americans ages 12 and up are fully vaccinated against COVID-19, according to data from the U.S. Centers for Disease Control and Prevention.

Several million vaccines for kids ages 5 to 11 were en route Monday to large pharmacies, medical centers and other select locations, with shots expected to begin as early as Wednesday if the CDC signs off on them this week.

However, the program for pediatric vaccinations probably won’t be “fully up and running” until the week of Nov. 8, Jeff Zients, the White House coordinator on COVID-19, said Monday.

“We are planning on some vaccinations towards the end of this week, but the program for kids ages 5 through 11 [will] really [be] hitting full strength the week of Nov. 8,” he said.

“Since FDA’s authorization last Friday, there hasn’t been a moment our teams have not been picking, packing and shipping vaccines,” Zients said. “They’ve been working 24/7 and will continue to do so.”

An initial shipment of 15 million doses for kids ages 5 to 11 began moving from Pfizer’s freezers this weekend following last week’s authorization by the FDA. Packed in dry ice, the doses are labeled for tracking before shipping out. The doses are a third the size of adult shots and given orange caps to prevent potential mix ups.

CDC director Rochelle Walensky said the U.S. “hit two important milestones” Monday with 70% of adults now fully vaccinated and 80% of adults who have had at least their first shot.

Walensky added that pediatric vaccines are “safe and highly effective.”

“Parents should feel comforted not just that their children will be protected, but that this vaccine has gone through the necessary and rigorous evaluation that ensures the vaccine is safe and highly effective,” she said.

Nov 01, 12:58 pm
‘Very likely’ everyone will be booster-eligible within ‘reasonable amount of time’: Fauci

Dr. Anthony Fauci said at a White House briefing that it’s “very likely” everyone will be eligible for a booster shot “within a reasonable amount of time.”

Fauci added that people who don’t yet have a booster are “really quite protected” against severe disease and hospitalization, but he said boosters are about staying ahead of the virus.

CDC director Rochelle Walensky added that new cases in the U.S. are “overwhelmingly” among unvaccinated people.

White House principal deputy press secretary Karine Jean-Pierre confirmed to reporters aboard Air Force One en route to Scotland on Monday morning that Biden took a PCR (polymerase chain reaction) test on Sunday, which came back negative. A negative PCR test was required for entry to the United Kingdom.

Psaki, who is fully vaccinated, revealed in a statement on Sunday evening that she tested positive for COVID-19 and has been experiencing “mild symptoms.” She said she chose not to travel with Biden to the Group of 20 summit in Rome after members of her household tested positive last week. Jean-Pierre has instead accompanied the president on his high-stakes trip overseas.

Psaki said she quarantined and tested negative on Wednesday, Thursday, Friday and Saturday; but on Sunday, she tested positive.

Biden will arrive in Glasgow on Monday for the 2021 United Nations Climate Change Conference, also known as COP26.

The worldwide number of people who have died from COVID-19 surpassed 5 million on Monday, less than two years after the pandemic began.

The global death toll from the disease now stands at 5,000,425, according to a count kept by Johns Hopkins University. The staggering figure is believed to be an undercount due to limitations in testing and record-keeping, especially in poor countries like India. Nevertheless, COVID-19 is now the third leading cause of death globally, after ischemic heart disease and stroke.

The United States alone has recorded 745,836 fatalities, the highest of any country. Brazil and India are not far behind with tallies at 607,824 and 458,437, respectively, according to Johns Hopkins data.