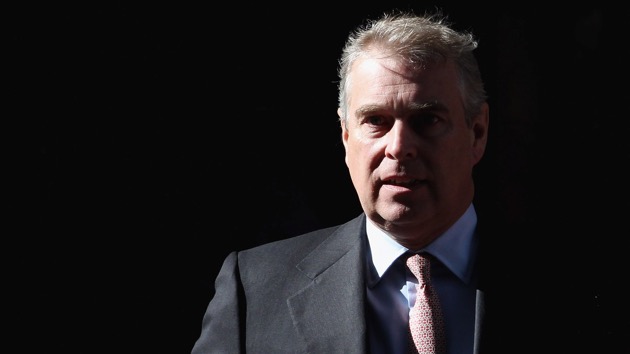 (NEW YORK) — Britain’s Prince Andrew faces a deadline Friday to file a response to a sexual assault lawsuit filed against him in New York by an alleged victim of deceased sex offender Jeffrey Epstein.

Virginia Giuffre, 38, claims she was directed by Epstein and his former associate, Ghislaine Maxwell, to have sex with the prince at Epstein’s Manhattan mansion and elsewhere in 2001, before she turned 18.

Prince Andrew and Maxwell have both denied Giuffre’s allegations.

According to a letter filed earlier this week by Andrew Brettler, a California-based attorney for the prince, the second son of Queen Elizabeth II, intends to file a motion to dismiss the lawsuit.

During a telephonic hearing in the case earlier this month, Brettler assailed Giuffre’s lawsuit as “baseless, non-viable and potentially unlawful.”

Among the royal’s arguments for dismissal is his claim that a settlement agreement Giuffre signed with Epstein in 2009 “releases [the prince] and others from any and all liability, including any purported liability arising from the claims Ms. Giuffre asserted against Prince Andrew here.”

But Giuffre’s attorneys contend that the prince’s attempt to rely on the previous settlement agreement with Epstein to forestall the case is destined to fail.

“There is no evidence from any of the parties to the release, or Prince Andrew, that the release was ever intended to include Prince Andrew, and we believe the evidence will be that it wasn’t,” wrote Giuffre’s lawyer, David Boies, in a court filing earlier this month.

The prince’s legal team recently received a copy of the 2009 settlement from Giuffre’s attorneys, but it will not be filed publicly this week. The deal’s contents have been placed under seal by another judge in a related lawsuit. Any references to the particulars of the agreement are expected to be redacted from the prince’s submissions to the court.

“Twenty years ago, Prince Andrew’s wealth, power, position, and connections enabled him to abuse a frightened, vulnerable child with no one there to protect her. It is long past the time for him to be held to account,” the lawsuit states.

Giuffre, now a 38-year-old mother living in Australia, first accused the prince of sexual abuse in public court filings in December 2014, in a case brought by alleged Epstein victims against the U.S. Department of Justice. That lawsuit challenged Epstein’s lenient deal with federal prosecutors in Florida in 2008.

Her claims were met then with vehement denials from Maxwell and from Buckingham Palace on behalf of the prince.

“It is emphatically denied that [Prince Andrew] had any form of sexual contact or relationship with [Giuffre]. The allegations made are false and without any foundation,” the palace said in a statement.

After Epstein’s death while awaiting trial on child sex-trafficking charges, the prince once again found himself under scrutiny for his prior association with the disgraced financier.

In a 2019 interview with the BBC, Andrew denied having sexual contact with Giuffre and claimed to have no recollection of ever meeting her.

“I’ve said consistently and frequently that we never had any sort of sexual contact whatever,” the prince said, responding to a question about allegations from Giuffre.

U.S. District Judge Lewis A. Kaplan, who is overseeing Giuffre’s case, has scheduled the next hearing for Nov. 3.