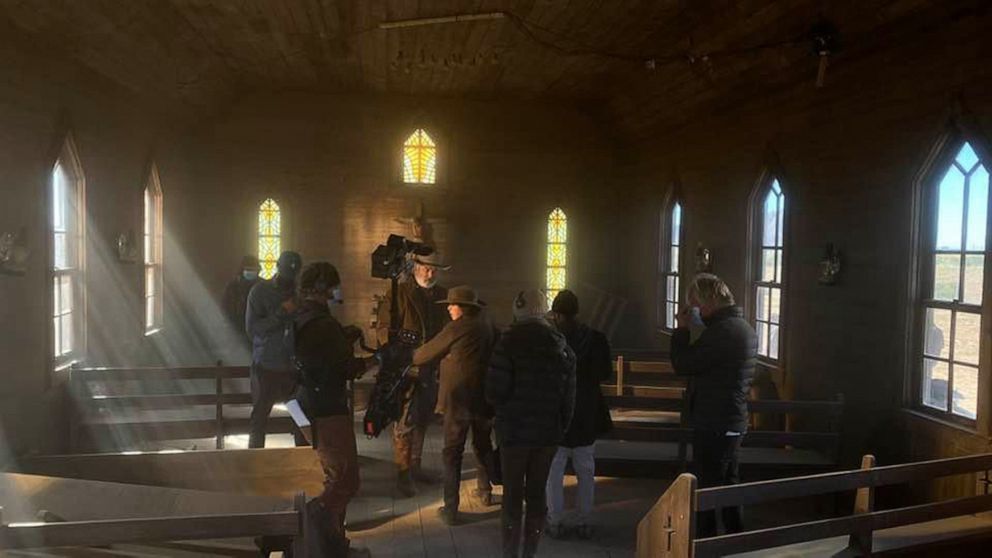 (SANTA FE, N.M.) — Law enforcement officials in New Mexico said Wednesday that they suspect a real bullet was loaded in the antique revolver used in a movie-set shooting by actor Alec Baldwin that killed the film’s cinematography and wounded its director.

Mendoza declined to say whether negligence was involved in the incident or who was responsible for putting the live round into the Colt revolver Baldwin fired.

The sheriff said three guns were seized from the scene, including the Colt revolver. He described the other guns as a non-functioning .45 caliber revolver and a plastic non-functioning prop gun.

He also said 500 rounds of ammunition were also seized that included a mix of blanks, dummy rounds and live rounds.

Mendoza said investigators have interviewed the two people who “handled and or inspected the loaded firearm prior to Baldwin firing the weapon.” He identified them as the film armorer Hannah Guitierrez-Reed and assistant director David Halls.

He said investigators have collected what they believe to be additional live rounds from the set.

Mendoza said the evidence will be analyzed by the FBI at the bureau’s crime lab in Quantico, Virginia.

“I want to ensure the victims, their families and the public that we are conducting a thorough and objective investigation,” Mendoza said. “In reference to possible charges, it’s too early right now in the investigation to comment on charges at this point.”

Santa Fe District Attorney Mary Carmack-Altwies said no decision has been made on whether charges will be filed and that she will wait until the investigation is complete.

“I must emphasize that a complete and thorough investigation is critical to DA review. We take the corroborated facts and evidence and connect it to New Mexico law and we are not at that juncture yet,” Carmack-Altwies said. “I am a prosecutor that was elected in part because I do not make rash decisions and I do not rush to judgment.”

Ask by a reporter whether Baldwin could face criminal charges, Carmack-Altwies said, “All options are on the table at this point.”

“I’m not commenting on charges whether they will be filed or not on whom,” she said. “We cannot answer that question yet until we complete a more thorough investigation. No one has been ruled out at this point.”