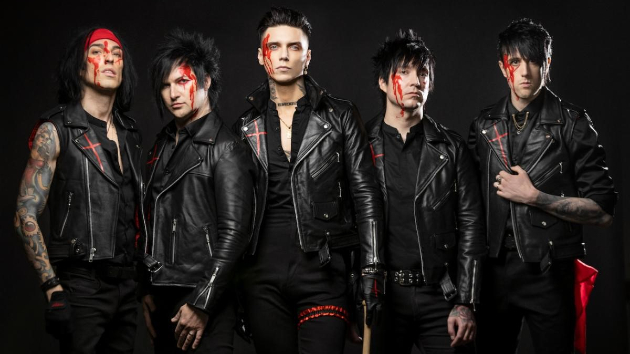 If there was ever the ultimate Black Veil Brides album, The Phantom Tomorrow might be it.

The band’s sixth studio effort, due out this Friday, is a conceptually driven piece that will be accompanied by action figures and comic books. And that’s not to mention the epic, cinematic music itself.

“Being six records into our career, it was extremely important to all of us that we make a record that felt like it was an evolution for us musically, but also honored the parts of our past that have gotten us to this point,” frontman Andy Biersack tells ABC Audio.

The Phantom Tomorrow is BVB’s third concept album, following 2013’s Wretched and Divine: The Story of the Wild Ones and 2018’s Vale. However, it’s a shorter, punchier listen than its predecessors, and, according to Biersack, is more interested in a “musical interpretation of an idea” than “beating you over the head with such an overt narrative.”

There still is the story to The Phantom Tomorrow, which follows a character known as Blackbird and what is essentially a personification of the supposed guaranteed existence of a tomorrow, something that might be upended by, say, a global pandemic. Basically, it’s like if Little Orphan Annie was having an existential crisis.