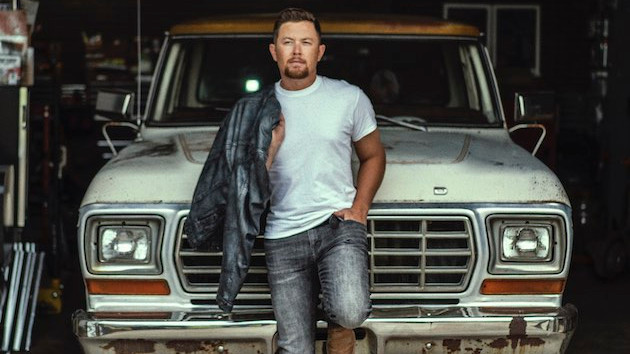 Scotty McCreery reconnected with a fellow American Idol alum — Kelly Clarkson — this week, stopping by the stage of her talk show to perform his latest single, “Damn Strait.”

Coming off his new Same Truck album, “Damn Strait” is a heartbroken ballad paying tribute to the King of Country, told from the perspective of someone who can’t listen to his favorite George Strait songs because they remind him of the girl who left him behind.

“Damn Strait” hit country radio airwaves last week, and since then, it’s picked up more station adds than any other song in Scotty’s career to date. The new single follows his latest number-one hit, “You Time.”

Meanwhile, American Idol is gearing up for a new season. Representing the country music contingent is Luke Bryan, who will return for another season as a judge.