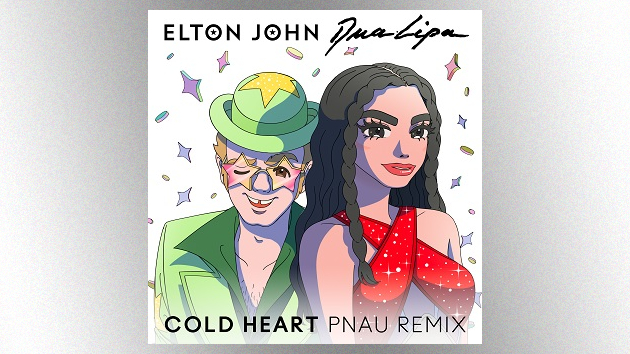 It’s nice to know that after more than 50 years in the music business, there are still some things that Elton John hasn’t done…until now.

The 74-year-old legend’s latest achievement is topping Billboard‘s Hot Dance/Electronic Songs chart with “Cold Heart (Pnau Remix),” his collaboration with Dua Lipa.  What’s more surprising, though, is that this is also Dua Lipa’s first time on top of that chart.

“Cold Heart” has also been number one on the Dance/Electronic Digital Song Sales chart for nine weeks, and it’s also ascended to #25 on the Hot 100, which is the highest Elton’s been on that chart since March of 1998.