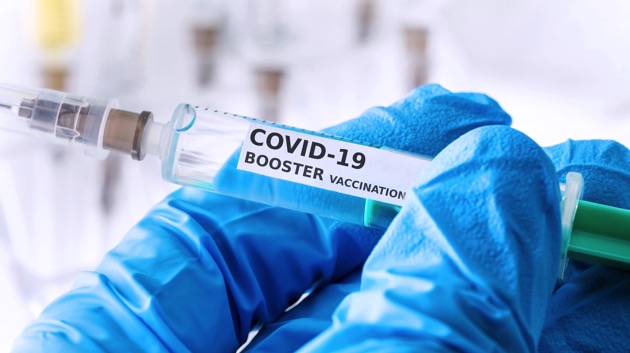 (WASHINGTON) — An independent Food and Drug Administration advisory panel on Thursday voted unanimously to authorize Moderna Covid-19 vaccine boosters for Americans 65 and older, anyone 18 and older with underlying conditions and those frequently exposed to the virus.

The recommendation is in line with what the FDA and Centers for Disease Control and Prevention authorized for Pfizer booster shots last month.

The Moderna booster will only be a half dose, as opposed to the full dose for Pfizer, but was found to return antibody protection to the initial levels after the first two shots.

Dr. Jacqueline Miller, who presented Moderna’s data Thursday, said the company chose the half dose because it was just as effective but would “increase the worldwide vaccine supply of mRNA.”

Moderna and the FDA both said there was no evidence of increased side effects from booster doses except for more reports of swelling or tenderness in the arm where the patient was injected.

“Unsolicited adverse events did not reflect any new safety concerns,” the FDA found.

On Friday, the panel will also vote on authorizing booster shots for the third available vaccine, Johnson & Johnson. Johnson & Johnson posted a summary of its research Wednesday, making the argument for a second shot of the same dose, roughly six months after the initial single-shot vaccine.

The conversation around boosters focuses on whether Americans vaccinated over six months ago need a boost of protection against breakthrough infections in the face of the more transmissible delta variant, though all of the three vaccines authorized in the U.S. are still proving effective against hospitalization and death.

And despite the overwhelming support for boosters from the experts on the FDA panel, many were also quick to point out that the conversation around boosters should not undermine the vital campaign to get the 66 million unvaccinated Americans vaccinated.

Another panel member, Dr. Michael Kurilla of the National Institute of Health, noted that the vaccines are still working quite well, particularly among young people, and he doesn’t see the need to offer boosters universally.

“I don’t necessarily see the need for a sort of let-it-rip campaign for boosters for everyone who’s ever been vaccinated,” Kurilla said.

Another pertinent debate that the FDA panel will take on Friday is the potential benefits of mixing and matching vaccines for booster shots.

Early results from a highly anticipated National Institutes of Health study found that boosting with a shot different from what people got the first time appears to be safe and effective.

The non-peer reviewed study evaluated all three vaccines — Pfizer, Moderna and J&J — finding that no matter the booster, all study participants saw a “substantial” uptick in antibody levels after a booster shot.

Though promising, more research is likely needed on mixing and matching. For now, the process will formally move forward with authorizing additional booster doses of Moderna and Johnson & Johnson shots for those who received the same original vaccine.

This week’s meetings are the first step in that process: The FDA itself and the Centers for Disease Control and Prevention will both need to sign off on the panel’s recommendations about who should get boosters and when for Moderna and J&J.

The first authorization, which will come from the FDA, is expected within days of the independent panel’s non-binding vote.

Then, the question goes to CDC’s independent advisory panel of experts. That panel has scheduled a meeting for next Wednesday and Thursday to discuss boosters for Moderna and Johnson & Johnson. Those outside experts will weigh in with their recommendations, which are also non-binding.

Once that happens, CDC Director Rochelle Walensky must sign off, which typically happens within 24 hours of the panel’s recommendations. That decision is expected by Friday, Oct. 22, at the earliest.