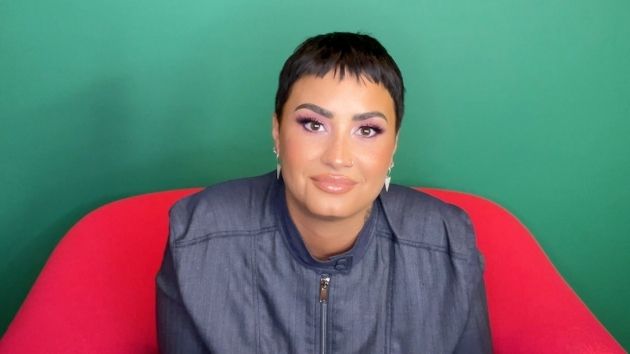 Demi Lovato wants people to consider the feelings of those from outer space — starting with retiring the term “alien.”

Speaking to Australia’s PEDESTRIAN.TV recently, the “Skyscraper” singer explained why they think the terminology is both derogatory and offensive, saying that the word enforces negative stereotypes “that they’re harmful or that they’ll come and take over the planet.”

“I really think that if there was anything out there that would want to do that to us, it would have happened by now. But I think that we have to stop calling them aliens because aliens is a derogatory term for anything,” Demi continued. “That’s why I like to call them ETs! So yeah, that’s a little tidbit. A little information that I learned.”

The singer also believes that if — or when — otherworldly beings visit the planet, it won’t be out of malice.

Lovato seeks out proof of other life in their new show, Unidentified with Demi Lovato, where they visit known UFO hot spots and confer with experts in the field.  All four episodes are available to stream now on Peacock.