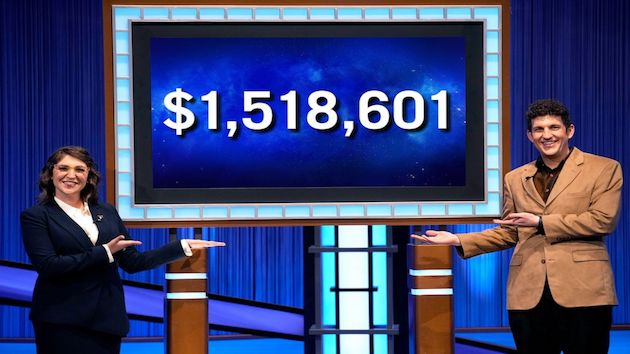 Amodio, 30, lost during the Oct. 11 episode after 38 straight wins, with new champion Jonathan Fisher besting him. In total, Amodio won $1,518,601 across 39 appearances, earning $5,600 in his final episode as reigning champion.

“I always wanted to be a ‘Jeopardy!’ champion, and I accomplished that,” he said in a statement.

“l know going into every bar trivia game that I play that I’m going to come in with a little intimidation factor. But also, I just like the badge that it represents,” Amodio, a fifth-year computer science Ph.D. candidate at Yale University, continued. “As somebody who prioritizes knowledge and knowing things, this is really a good one to have following me everywhere.”

This isn’t the end of Amodio’s “Jeopardy!” journey, though. He will return in the next Tournament of Champions.