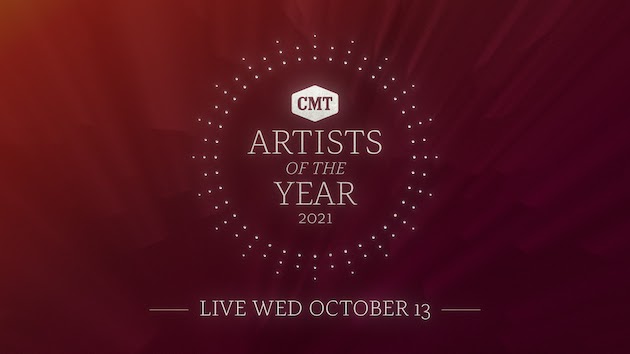 CMT has announced its full lineup of performers for the upcoming CMT Artists of the Year special, which will honor the accomplishments of some of the genre’s most prominent artists.

Luke Combs, Gabby Barrett and Kane Brown — all honorees in this year’s show — will take the stage during the event. But that’s not all: Two more honorees will feature in exciting cross-genre collaborations.

Kelsea Ballerini will deliver a remote performance with pop superstar group The Jonas Brothers, who are her current tour mates. Also on deck is a world-premiere duet between R&B group Boyz II Men and Pentatonix’s Kevin Olusola, who are performing in tribute to Chris Stapleton.

In addition to the five 2021 CMT Artists of the Year honorees, the show will celebrate Randy Travis as this year’s Artist of a Lifetime, and Mickey Guyton as the Breakout Artist of the Year. Mickey will perform during the show, along with singer-songwriter Yola.

Plus, the show will spotlight one of this year’s breakout viral hits, as Walker Hayes gives the awards show world premiere of his smash hit, “Fancy Like.”

The 2021 CMT Artists of the Year ceremony will air live on CMT from Nashville’s Schermerhorn Symphony Center. The event takes place next Wednesday, October 13 at 9 p.m. ET.