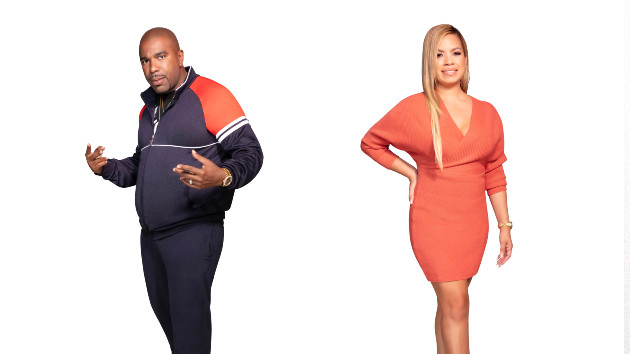 Hip hop legend N.O.R.E. and wife Neri are one of the couples featured on the new season of WE tv’s Marriage Boot Camp: Hip Hop Edition.

N.O.R.E. says that although he and his wife of 10 years prefer to be private, opening up about their marital issues on national television didn’t deter them from joining the reality-based series.

“I’m fan of the process,” N.O.R.E. tells ABC Audio. “I’m a fan of these programs, so it’s literally like me sitting at home and watching basketball and saying, ‘I could do that.'”

N.O.R.E’s wife concurs, noting that the show gave her the opportunity to “see [her] husband in a different form.”

Meanwhile, for N.O.R.E., the real sell of the show came after he spoke with fellow rapper and The Lox member Styles P, who was featured on a previous season with his wife, Adjua.

“My friend Styles P… [was] telling me that it actually improved his marriage,” N.O.R.E. shares. “It was something I was interested in, besides being a fan of the show…and the therapy and all of that… So I figured, why not learn something? Why not have some fun and do a little business in the process? So it was a win-win.”