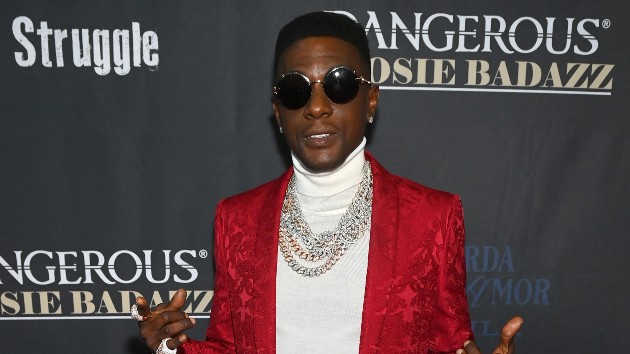 After being kicked off the Legendz of the Streetz tour, and having his Instagram account suspended, now Boosie Badazz is complaining about the lack of stars attending the premiere of his biopic, My Struggle.

The “Wipe Me Down” rapper held his event on September 22 in Atlanta, one day before 50 Cent‘s star-studded BMF premiere. Fiddy was joined on stage by Snoop Dogg, T.I., DaBaby, Moneybagg Yo, Flo Rida, Lil Duval and Jeremih for a concert following the screening of the first episode.

Boosie made his remarks Wednesday in response to a tweet by Duval saying that Badazz did not receive enough love for his event.

“Every celeb you can think of was at ‘BMF’ premiere,” Duval commented on Instagram after attending Boosie’s screeing. “But at @hesbackagain2021 premiere, I only saw @qcmceo_p @troublemmb and @iamdesibanks. All I’m saying is we gotta support the streets the same way we support the mainstream stuff. Especially in the south.”

Meanwhile, Boosie remarked to Vlad TV, “Nobody came out to support the way they should. I ain’t going to just say Atlanta. People think I was trying to go against 50 [Cent]. Hell no. That’s why I did it a day earlier. I’m a marketing genius. Come on, bro. I went a day before 50.”

As previously reported, Boosie was kicked off the Legendz of the Streetz tour headlined by Rick Ross, Jeezy, Gucci Mane and 2 Chainz after a fight broke out on stage during his set on Friday night in A-T-L during the second concert of the tour.

After being booted from the tour, Boosie promoted his appearance on Twitter at a party Sunday night at the Euphoria nightclub in Baltimore. A man was shot when a large fight broke out at the event, according to The Baltimore Sun.